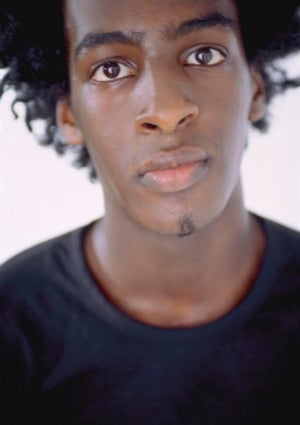 It was brick in New York this weekend, so instead of going out to brave the Brooklyn cold, I spent my time mindlessly searching the Internet for whatever looked interesting. Over on MissJia.com I stumbled across a viral video of a man disciplining his teenage nephew. Seems the kid, fifteen or so, was using his Facebook page to pose as some sort of gangster of hip-hop proportions, claiming he was gang-affiliated and had killed people. The uncle got wind of what the child — bigger than the uncle and much heavier— was putting online and confronted him… on camera.

First the uncle addresses the audience and informs us of who he is and that he does not “come from that sh*t.” Then he proceeds to beat his nephew with a belt… on camera. Then the uncle repeatedly has the kid announce that everything he’s put on his Facebook page is fake. (Click HERE for the link. It’s a profanity-laced tirade but worth watching just to hear the uncle say, “it might be fake, but this ass whupping won’t be fake!”) After the uncle has handled the situation — the whole thing lasts less than a minute — he tells the kid to post the video on his wall, which is how the world is now able to see it.

I’m not usually the one to condone violence — and yes, beating a kid with objects is violent — but this is a little different. Not only is the child bigger in size and girth than the adult, he’s also glorifying a negative lifestyle, one that he’s not being taught at home. Some may call that the nature of teenagers, but posing like you’re hard is an invitation from someone who thinks he’s harder to test you.

The nephew wanted to front like he was violent and sullied the family name in the process. And the uncle served up a punishment that set the record straight and gave him a taste of the real violence that he doesn’t know much about. I also applaud the uncle for stepping up to discipline the kid, as for an uncle to play this role, it’s pretty clear that a father is not present in the home. More men should do this for the young men in their families to keep them from going wayward or bring them back to center.

There’s a lot of disagreement on this issue. I read through the comments section of the site and though the responses mostly were supportive, everybody didn’t think the uncle’s form of discipline was a good idea.

“I got beaten in front of my friends before. It only made me worse… I had to save face by acting even more tough.”

And: “A whupping is one thing, but posting it on the internet is another. This is why kids commit suicide and result to bad behavior.”

And… “The belt whupping just says ‘slavery’ to me. It’s so common in our culture due to our history to ‘whup that ass’ and think that is the way to raise a child and timeout and other non-violent ways are the ‘white people ways’ – but we need to stop for a second, step back and ask ‘how does it really help’… Black people are so used to ‘whuppings’ as a child, yet we still top the prison list. Obviously it’s not a deterrent for wrong.

Valid counter-arguments, all of them. I still stand by thinking the uncle was more right than he was wrong.

Do you agree with the uncle? And if you disagree, what would you have done to punish the nephew, if at all, instead? Click here to watch the video on MissJia.com.