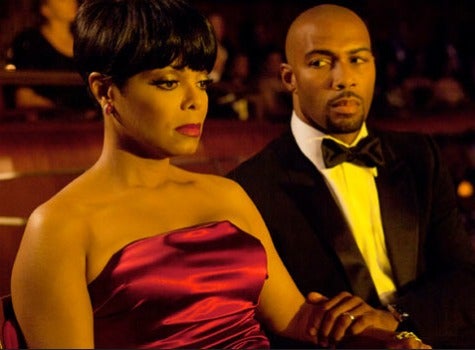 I was a kid when “The Color Purple” came out in the ’80s, and don’t remember its theatre debut, but I remember the clatter around it. Black women, in a nutshell, said, “this is a story about suffering overcome through sisterhood and strength.” Black men said, “This is some BS supported by bitter Black women and it makes us look bad.” “Waiting to Exhale” got a similar reaction when it showed up on the big screen in the ’90s. Black women read the book and watched the film and exclaimed, “This is our life!” Black men said, “This is even more BS supported by bitter Black women and it makes us look even worse.”
Yesterday, Courtland Milloy weighed in on “For Colored Girls” in his Washington Post piece, “For black men who have considered homicide after watching another Tyler Perry movie.” His story paints “For Colored Girls” in the same vein of every major Black movie about Black women that has come before it [NOTE: I am misquoted in the article. He attributes Tyler Perry’s quotes about FCG to me. See my Essence.com review]: Can anyone name a movie that came out recently starring a black man who wasn’t a sociopath? Someone who had a terrific screen presence, like a young Paul Robeson? And he portrayed a character who was complex and fully drawn? Did he respect black women, too? Anybody saw that movie? I didn’t. But surely it’s out there somewhere, right? An alternative to those Tyler Perry films portraying black men as Satan’s gift to black women? But where is it? For those of you who have seen “For Colored Girls,” you know that Milloy is on to something. The lineup of men in the film includes an incorrigible cheater, a rapist, a down low husband and an alcoholic abusive boyfriend who literally throws his kids out of the window… oh, and Hill Harper. I get the Black male outrage about their collective depictions in all three films (and honorable mentions, like Precious), but what I think the Brothers miss when they wonder, “why do women keep supporting these sad films that make us look bad?” is that these movies of pain and suffering and overcoming (or wading thru) are relatable to a lot of Black women. It’s been 60+ years since Zora Neale Hurston described Black women as being “the mules of the world” but since her observation, Black women still have a lot of hardships and suffering (not perpetually like everyone in FCG, but we have our moments). And the truth is, a lot of that hardship and suffering comes at the hands of Black men. No, we may not deal with a man so crazed that he kills his kids (though there’s been a rash of recent stories about boyfriends killing their girlfriends toddlers), but the average woman can relate to a done-wrong story about a cheating man, or a man that walks out leaving her to raise the kids solo, or a man that toys with her feelings, or passes on an STD or HIV, or lies to her about any and everything, including his sexuality. Or one that rapes her. (That Anika Noni Rose scene in the police station hit a little too close to home for me.) Do I think all Black men are the degenerates they are portrayed to be in our most popular Black films of solidarity and sisterhood? Of course not. But we keep seeing the same types of overbearing and abusive Black male characters because Black women strongly react to and relate to what’s familiar. If Black men want to change the fictional portrayals of Black men on film, they will have to start with changing the reality of how some of them negatively impact so many Black women’s lives. Demetria L. Lucas is ESSENCE’s Relationships Editor and the author of the upcoming dating advice guide, A Belle in Brooklyn: Advice for Living Your Single Life & Enjoying Mr. Right Now (Atria, June 2011). Follow her on Twitter at @ABelleinBK.