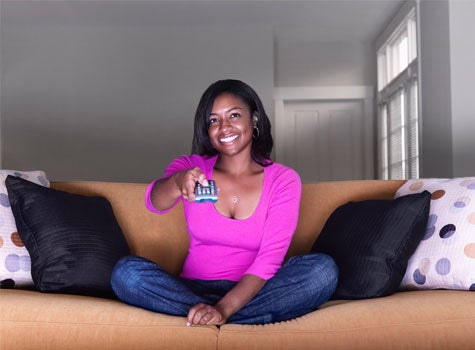 I have to admit I was an early watcher of reality television. I am old enough to remember Alan Funt’s “Candid Camera,” a very G-rated version of Ashton Kucher’s “Punked.” Later, I would be glued to “COPS.” I loved that show. Who knew the entertainment factor that the vast number of trailer parks and crime-ridden neighborhoods in America could provide with suspects, the police and a video camera?

Now when I sit down with my daughters to watch “scripted” (ahem) unscripted reality television, instead of being amazed, I am incredulous. From the now retired (thankfully) “Flavor of Love” to the trashy (but guilty pleasure) “Basketball Wives,” must-see TV is now trash TV.

Instead of peering into the lives of others, visually journeying with them into struggles and over obstacles, I careen from one drunken argument to the next, from one verbal tirade to another, mouth wide-open in disbelief — only to realize that I have wasted thirty minutes of my life with little to show for it.

When did reality TV morph into “Tear Down TV?” And why do I watch, along with millions of Americans?

We watch reality television to identify and support personalities that we like and root against those that we don’t. Can anyone say Omarosa? Yup, negativity sticks in our brains. We watch because we have a fascination with seemingly unemployed individuals shopping, spending money in restaurants and bars and treating others like crap just because they can. We watch because when we turn the television off, the “friends in our heads” are really not that important. We watch because it can be mindless and “easy.”

Fortunately, life is not like that. Our own reality requires that we treat folks like we want to be treated — with respect, love and a healthy dose of honesty. Real life doesn’t have a director or executive producer yelling “cut.”

Why do we tolerate stereotypes and a blatant exaggeration of ethnic groups to pass as drama and/or entertainment?

The negative aspects of Tear Down television (which relies on emotional and physical abuse of others) as a branding or selling mechanism can be stopped if we simply tune out.

Let’s send a message in real time by turning off Tear Down television.