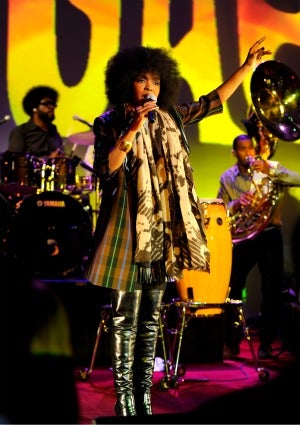 The moment we heard L-Boogie was returning for a 2011 comeback tour, we all nearly flipped. For almost a decade, most of us have eagerly awaited a return of the “Miseducated” Lauryn Hill we fell for years ago. Now that she’s arrived, as unimaginable as this is, some of us can’t help but ask, “Are we glad she’s back?”

Since resurfacing, the six-time Grammy winner’s return to music has been exciting, but also wrought with conflict and, dare we say, disappointment.

Fans have been stood up for shows, performances have been inexplicably late or canceled, and the singer herself has even expressed a tad of arrogance that’s at the least eyebrow-raising.

Most recently, the mother of five sauntered into an Atlanta show three hours late, simply to tell her fans, “I’m tired of playing the same song night after night,” Bossip.com reports. Instead of playing concert favorites, she instructed her band to speed up her music until it was barely recognizable by the crowd.

“Everybody was looking around like ‘what song is this?,'” a fan said. “It was new music completely. The lyrics were the same, but you had to be on ecstasy to follow the music.” Some concertgoers stayed, but many booed her performance and eventually marched out the show.

Yet, for every time Lauryn disappoints, she leaves us with the waning hope of a more talented return. It’s hard to believe the voice behind “Killing Me Softly” can vanish in a matter of years and even fellow performers like Wyclef Jean admit Lauryn occupies an irreplaceable spot in music history: “Lauryn is still the best female artist to come out of our generation. She came out with the versatility of doing it all. To have one individual in our generation that can do both (rap and sing) is incredible,” he recently told ESSENCE.com in an interview.

Singer Keri Hilson reportedly wants to record a single with Ms. Hill, and let’s admit it, most of us still have “Miseducation” on our iTunes favorites or Pandora station.

Maybe it’s time for us not to ask if we’re entirely glad she’s returned, but rather if we can accept the new artist she’s become — are you ready for a new Ms. Hill? I believe there is one and I haven’t lost hope entirely, but is this new Lauryn worth the wait?