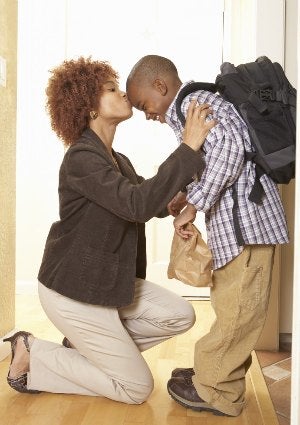 There’s been a lot of controversy recently regarding the release of Amy Chua’s latest book, “The Battle Hymn of the Tiger Mom.”

In it, this Chinese-American mother of two and Yale professor-turned-confessional author pans Western parenting ideals and touts the benefits of tough Chinese parenting: no sleepovers, no playdates, and no after-school activities, except practicing the violin and piano for hours. Sounds like my great, great grandma.

Ever since publishing her damned-the-nurturing-Western parenting tome, Chua has appeared on pretty much every national television show, become a virtual pinata for every parenting website and blog, and has even received death threats for her views.

Chua does rightly deserve a little heat for proudly calling her kids “lazy,” “pathetic,” “cowardly,” “barbarians” — even “garbage” — when they fail to measure up to her expectations. She considers an A- a bad grade. But I think much of the backlash behind Tiger Mom is simply the American arrogance of anyone saying the American way of parenting is not best.

And really, is it? The bumper crop of self-indulgent, overly entitled, Facebook and text-all-day American kids, could mean Chua is onto something. And there is likely an even more important takeaway for Black parents.

Truth be told, I don’t think most Black parents feel white America has it all right when it comes to parenting anyway. Their track record leaves much to be desired. And admittedly so does ours. The Black achievement gap still looms large. The number of young Black males in prison speaks volumes. The stats about the amount of hours Black children spend in front of a television versus Whites and Asians is embarrassing. And if you don’t want to delve into historical statistics for a litmus test on the quality of Black parenting, consider that last week some Oakland second-graders were reportedly involved in taking off their clothes and performing oral sex in a classroom. Enough said.

At the end of the day, Chua makes a valid point worth noting. Perhaps we’ve lost our way as African-Americans because we’ve strayed or even assimilated into the American way of thinking — something Chua refuses to do. We’ve drifted from the hardworking ethic of our forefathers that made us value education and push for academic excellence in recognition of the days we were denied it. We got caught up in the quest for giving “things” to our children and forgot about the time when our parents had nothing to give but themselves. They gave us their time and their presence. They were firm, yet loving. They expected success and not to shame the family. And perhaps things were better then.

Perhaps things were better when the neighbors helped looked after everybody, when my children were your children, and every child knew that any adult on the block had spanking privileges. And we saw our individual successes as our collective success. Those were our values. And we instilled them in our children, without apology.

Where are those values now?

I often feel like a dinosaur because my children aren’t allowed to watch TV on school nights, there is no PlayStation nor any handheld gaming systems in our home, and books outnumber toys in my children’s rooms. They felt mistreated, my children told me recently, as one of a few kids who didn’t return from Christmas break with a new iPad, iPod or ianything. Or maybe it was because of those book reports they had to prepare while on school break.

Either way, while I do not agree with all of Chua’s means (In one instance, she hauls her then-7-year-old daughter’s dollhouse out to the car and tells the kid that the dollhouse is going to be donated to the Salvation Army piece by piece if the daughter doesn’t master a difficult piano composition by the next day?), I can certainly respect her intended end: raising high achievers. No excuses.

Girlfriend has a plan and she’s not afraid to work it. She sees her children as strong and able to handle tough love, not weak and in need of coddling. You gotta respect her commitment. Her firmness. Her, I-don’t-care-what-you-think-of-me—ness.

Maybe we all could use a little tiger in our parenting tool kit.

Kimberly Seals Allers is an award-winning journalist, author of The Mocha Manual series of books, and Editor-in-Chief of MochaManual.com, a weekly online parenting magazine and blog for African Americans. A leading voice and consultant on the Black motherhood experience, Kimberly is a divorced mom of two who currently resides in Queens, New York.