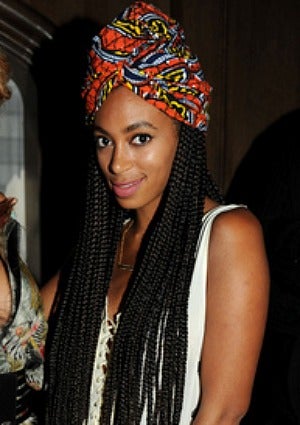 After a year in which she went from extensions to a short natural to an afro wig, we were wondering what Solange’s next mane move was going to be! Solange, ever the edgy trendsetter, flaunted a new set of mile-long micro-braids at the opening of Las Vegas’ Marquee nightclub last week. We’re so loving the retro chic nod to a “Poetic Justice”-era Janet Jackson and Patra — and that uber-glamorous turban!

What do you think of Solange’s new look? Let us know in the comments section!