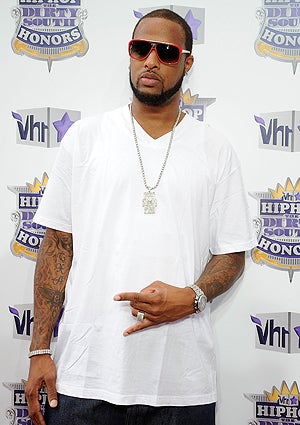 Rapper Slim Thug is trying to clear the air surrounding the comments he made about Black women. “I would never talk about how I hate Black women,” he said during a call-in with radio personality, Big Tigger. After being a trending topic on Twitter and the blogosphere for much of this week, the Houston, Texas rapper called Big Tigger’s morning show to set the record straight. Thug says that Vibe.com article took his words out of context and that he wishes the reporter would release audio of the interview. Vibe.com has since released the full audio of Slim Thug’s conversation, and from the looks of it, Thug made the comments he is now refuting. On Tigger’s show, Thug countered his comments about Black women lowering their standards by saying that there simply aren’t enough successful Black men out there to match successful Black women.  He also addressed his comment about Black women needing to “bow down” and cook for their men. “A lot of women I meet these days, we can’t lie about this, feel like they’re not going to cook, especially if they’re successful, a lot of these women are not going to do stuff that a regular woman does,” he said.  “I’m a rapper, of course the type of girls I meet and the girls you meet are going to be different.”