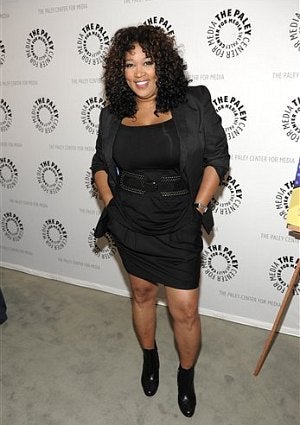 Kym Whitley needs no introduction. Since her breakout cameo as “Suga” in “Next Friday” in 2000, she’s been a wisecracking BFF in “The Salon,” a sex-starved hair stylist in “Deliver Us from Eva” and a soft-spoken supportive mom in “College Road Trip.” Kym’s been on our radar for years, but in her current role as a celebrity co-host on NBC’s reality makeover show “School Pride,” we’re learning about the real woman behind the laughs. She’s no joke. Here are six things you didn’t know about the wisecracking Ohio native… 1. She’s a former teacher. “When I first came to Los Angeles, I was a teacher in Compton. I know how in need schools are around the country. When the idea of School Pride came along… it just excited me. Where we can entertain the world and do good work at the same time, I’m fulfilling a few desires that God has put in my heart. I’ve always wanted to work with children, to help people and to be funny. To wrap all of these things in School Pride is an unbelievable opportunity.” 2. She was born in Khartoum, Sudan. “My father was an architect and worked in construction; he was assigned to build schools in Africa. I can still speak a little Swahili and about as much French, but I really speak Blackenese. [laughs] Sometimes you understand me and sometimes you don’t.” 3. She can’t cook (“as much as I can eat”). “Once a week, Tamala Jones and Lorna Kyles [Cedric the Entertainer’s wife] teach me how to cook. They are my culinary teachers.” 4. She didn’t know “Curb Your Enthusiasm” was “a big deal.” “After my episode of “Curb Your Enthusiasm” ran, Larry David and JJ Abrams were like ‘I discovered her,’ but I was like ‘Hold up. Please I’m from ‘Next Friday.’ Everybody knows me!’ I did ‘Oh Drama!” [laughs]. But the attention was amazing because I was in a stream already but it made the other stream take notice. It’s been a great ride. JJ gave me a pilot. ABC gave me a development deal. Larry David was so upset I didn’t win an Emmy nomination for “Curb.” But I really let go and let God. I want to be known for good work.” 5. She loves her girls. “I love my girlfriends. I can see why in Africa there was always the man and eight wives. I have no problem being wife number 3! While he’s out killing that lion, we’re going to play cards, feed the children and choke some chickens! [laughs] We’ll be laughing and talking. I love female company — I love men — but women are different.” 6. Yes, she did date Nas. “I’m still in love with Nas — and if he could take me back I’d go in a heartbeat. A couple of people knew this, but oh gosh, I’m about to start a war…. Oh well.” [laughs] Also watch Kym present at the Black Girls Rock! Awards, airing on BET this Sunday.