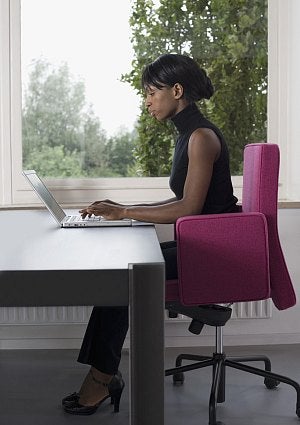 Here’s something to get you off your tush: The average working American spends eight hours a day sitting. Spending too much sitting at your desk is already thought to be bad for your well-being; now there’s evidence that it might affect your lifespan. These new results from a study conducted by the American Cancer Society may be enough to stop anyone in their “sedentary tracks,” reports SHINE. Researchers spent 14 years studying 120,000 men and women and found that the more time they spent sitting, the greater their risk of dying prematurely. The stakes were especially high for women. Researchers found that women who spend six or more hours sitting had a 37 percent chance of dying, as compared to women who spent less than three hours a day in a chair. It was 17 percent higher for men. But fear not, working women. Here’s what Shine suggests you can do: Read more tips at SHINE.