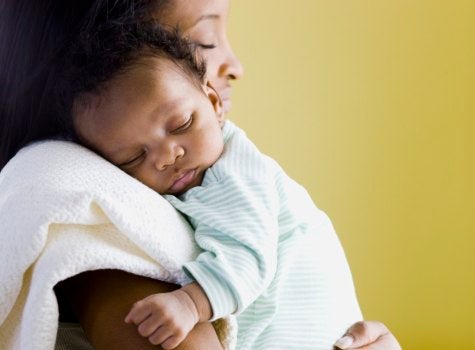 This past Sunday, many of us celebrated our fathers, showering dads with gifts and treating them to brunches or cookouts with the family. While that’s well and good for the dads who are doing their duty, relationship expert Steven James Dixon says he meets too many single mothers playing the roles of fathers too. In the last part of his “Three Part Series on Unprotected Sex,” Dixon urges women to take control of their sexual encounters and says if they don’t, they could lose at least three years of their lives to single motherhood. Even though this “Three Part Series on Unprotected Sex” is about women protecting themselves, undoubtedly there will still be a few women who will say, “What about the men? What about their responsibility? The last guy I dated pressured me into having unprotected sex.” The person with the power and in control cannot succumb to the pressures of a mere male mortal. The next time a man is pressuring you to have unprotected sex, instead of arguing with him about it, you grab that man and you say to him “Baby, what I got is still good enough with a condom. Lay down.” Where are all the women who know how to take control?! If you fail to take control and you decide to give up your power and give in to what that man wants, you may end up losing at least three years of your life to that one decision. Every day I talk to women say, “I was dating a guy, we hooked up from time to time and one time we didn’t use protection and I got pregnant.” Let me explain how you lose three years of your life from this. YEAR #1: Once a woman gets pregnant for a man, she wants that man. Ninety-nine percent of men don’t want to start a new relationship with a woman that is pregnant. We know that, she knows that, so by default the baby’s father wins all of her love. If the child’s father does not win by default, he wins because the pregnant woman does not want to have to explain to the world that she let a man knock her up and leave. You dated him for three months, you are pregnant for nine months and year one is gone. YEAR #2: Right before the baby is born, you find out that he is seeing someone else. Family support kicks in. Mom and dad are showing their support. You start to remember what it was like to be raised in a two-parent household or if you weren’t raised in a two parent household, you start to remember how tough that was. You decide that you have to do all that you can so that your child can have either what you had or avoid having what you didn’t have. Year two is lost on waiting on him to start the family. YEAR #3: Your girlfriend is too afraid to keep it real with you because it will hurt your feelings. Your homeboy just tells you like it is, “Look, your guy is engaged to that woman that he told you he was only friends with.” You spend months trying to stabilize your emotions. You spend months trying to wrap your mind around the fact that you are a single parent. You spend months trying to figure out how to get back out there into the dating game. Year three is spent finally moving on. Good luck, sisters. You deserve so much better. Of course, this is not the story for all, but all of us know this story to be true for at least one of our friends. Protect yourself, sisters. Steven James Dixon is the author of the sure fire conversation starter “Men Don’t Heal, We Ho: A Book About the Emotional Instability of Men.” He lives with his wife and son in Dallas, Texas. His book is available at relationshipbeast.com.