Skip to content
By Jamilah-Asali I. Lemieux · Updated October 28, 2020 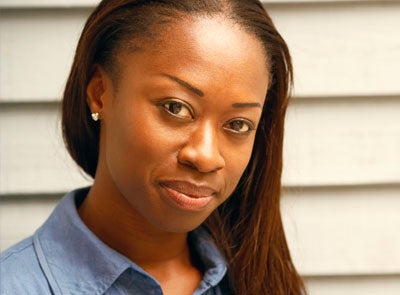 Over a year has passed since a controversial “Nightline” special dared to ask a national audience comprised of people from all colors, creeds and backgrounds: “Why can’t Black women find men?” The program aired shortly after the release of statistical data regarding American marriage, which found Black women lagging behind women of other races when it comes to jumping the broom.

Sadly, while there has been some great conversation that has emerged from this “issue,” there is still rampant, unproductive and downright nasty chatter about Black women and their search for love…

Why are so many Black women single? There is no answer to this question. You see, we are not a monolith. While we may share many things, there is no singular, collective Black feminine identity. No singular pattern of behavior that can be tied to all, or even most, Black women. In plainer terms: we ain’t all the same. To explain why many women are single, one would have to explore and acknowledge many different reasons.

I’m not interested in doing that. Not today, at least. Instead, I’d like to remind sisters that there is no universal Black female flaw, tragedy or barrier that is keeping them single. And while that doesn’t mean that individuals should skip self-reflection or personal development work that can help them become better candidates for relationships, it’s important that they understand that Black womanhood is not some sort of man-repelling disease.

Those of us who don’t want to be solo should be reminded that the numbers of unattached women do include those who are decidedly, unabashedly and happily single. It may be hard to keep sight of in culture that treats marriage as an affirmation of a woman’s value or success, but there are women who aren’t looking for it to happen. There are also those who live in the many states that don’t recognize gay marriage, but who are in successful long-term partnerships that would put a lot of legally wed couples to shame.

It’s depressing to see how easy it is for woman-bashing “experts” and their dubiously interpreted statistics to get some sisters feeling insecure or afraid about being single. It’s also unfortunate that some of those choosing to respond to the attack on single Black women have done so by lashing out at those who look for advice and guidance in their search for partnership. There’s nothing wrong with wanting to love and be love; in fact, those desires are further evidence of the fact that Black women are indeed human beings and not the emasculating, cold-hearted, neck-wagging monsters that some “advice”-givers seem to think that we are.

There is a lot of money to be made telling women how they can be thinner, prettier, happier and more successful in love. And while some of the books, films and articles that are produced around these topics are actually well-intentioned, there are plenty of folks who will gladly say anything to profit from the desires and/or insecurities of women. Sisters are no exception, and as our marriage rates are lower than those of women of other races, it has become far too easy for people to profit off of our “problem.”

There are some seriously nasty, Black woman-hating folks out here (some who are themselves Black women), who will happily collect a check for telling you that you aren’t worth loving unless you complete overhaul everything about yourself or try to adopt the stereotypical behaviors of another group of women.They have issues with sisters and, at times, have manipulated their personal failings into some sort of massive condemnation of the women of our race. You can’t let the terrorists win, ladies.

If you want a partner, then sister, be your beautiful, Black self. Talk with people who are in successful relationships. Check out the work of romance gurus and advice givers, but be mindful to watch out for those who have damning things to say about Black women (or Black men) and instead, focus on those who offer positive, affirming and loving words of encouragement. Take care of your mental, spiritual, physical and emotional health. Work on being the best person that you can be, not just to improve your romantic outlook, but so that you will thrive in all aspects of your life. But never, ever buy into the notion that being born Black and female makes you any less worthy for anything that than anyone else.

EleVen By Venus Williams And LOOK Optic Team Up To Present A...

Pepper Is Providing $5K To Black Women To Launch Their Busin...