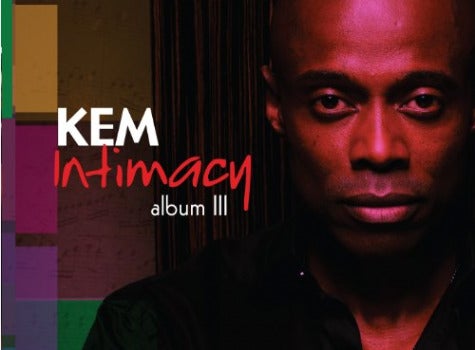 Boasting that unmistakable smooth tenor, Kem returns this week with the release of his third album, “Intimacy.” Originally catching our attention with “Love Calls” and “I Can’t Stop Loving You,” this Detroit native is more than focused on love songs — he’s a man who loves his two children and is turning the lessons from his own relationship into tunes for ladies like us.  ESSENCE.com caught up with Kem just before his concert in Oakland, CA to chat about working with Jill Scott and writing what women need to hear… ESSENCE.com: How was working with Jill Scott on “Intimacy”? KEM: She’s doing some spoken word on a song called “Golden Days” which is like an extremely Jazzy encouragement song. She came to the studio in Los Angeles, no entourage and laid it down. There’s a lot on this record that people will be able to sink their teeth into, it’s some of the best writing I’ve done to date. ESSENCE.com: What makes you say that? KEM: I’ve grown as a person, and hopefully my perspective on relationships has matured a bit, so I think that’s reflective on this album. “Intimacy” was conceptualized at a time in my life when I realized that Mr. “Love Calls” didn’t know everything and perhaps there was more to discover and I explore that on this record. ESSENCE.com: You’re in a relationship, how long? Do you have children? KEM: A little longer than three years and I have a daughter that’s just starting to drive and a brand new baby. It’s busy in my house. ESSENCE.com: Are you helping out with the new baby when you’re home? KEM: Not with the baby yet, I’ve been out wrapping up this record so I’ve had to participate in other ways but I’m very involved in my kids’ lives. My oldest just started driving last week, so she’s tooling around in my drop-top like she’s been driving for the last 30 years, so life is good. ESSENCE.com: Were you her driving coach? KEM: Yes and I wasn’t as nervous as a lot of parents, she holds it down pretty good. ESSENCE.com: Does she like your music? KEM: My daughter has a very musical ear so she digs and respects my craft. I ask her opinion on things, but I think she’d much rather listen to T.I. and Drake, which I’m not mad at. I like Drake a lot. She’s got a wide musical talent and I wouldn’t be surprised if she follows in the footsteps of her old man in some regard. ESSENCE.com: You said “Intimacy” displays your best writing to-date, how has your life influenced that artistic maturation? KEM: The song “Why Won’t You Stay” is not reflective of my life right now, but it comes from the past and it’s a closure tune. There are a lot of songs on “Intimacy” that speak to relationships that way. Another song called “Love Never Fails” talks about a relationship ending and even though it’s ending there’s still love there. I’ve got some important things to say because I write the things that men don’t know how to say and the things that women need to hear. ESSENCE.com: When can we expect a video from “Intimacy”? KEM: We just shot videos for the first two singles “Share My Life” and “Why Would You Stay,” so they’re coming soon. You can also catch Kem, along with Anthony Hamilton, Jaheim and Raheem DeVaughn on the national Budweiser Superfest tour until September 5.