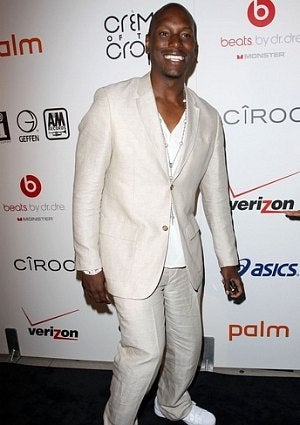 Tyrese’s appearance on longtime friend LaLa Vazquez’s new reality show, “LaLa’s Full-Court Wedding,” has opened up the gates to one of the oldest debates around: should married women only hang out with other married women? You see, “Chocolate Ty” thought he was giving LaLa a little brotherly advice by telling her to ditch her single friends now that she is Mrs. Carmelo Anthony. “Why are you not hanging out with married women who have been married for a long time?” he said. “You can’t be in the spirit of being married, hanging out with a bunch of single people.” Ciara, one of LaLa’s best (single) girlfriends, didn’t take too kindly to Tyrese’s advice. “It’s OK to hang out with single ladies, when your friends are level headed!” she tweeted to Tyrese. “What matters is the space people are in mentally. Just because you’re single doesn’t mean you have to be wild.” Let’s be honest; the idea that single women are the downfall of married women relies heavily on the assumption that your single girlfriends are secretly plotting to make you single (read: lonely), like them. Interestingly enough, married men are rarely given the same advice. It is most often women who must leave her “silly” single friends behind. How ridiculous. As a married woman, I do get what Tyrese is talking about when he mentions “the spirit of being married” because there are situations that only my fabulous married girlfriends can understand and give counsel on, but that’s not to say there isn’t life advice that my equally fab single sisters can share. There is tremendous value in both perspectives. Then again, my single BFFs aren’t photographed out in Hollywood every other night like Ciara or Kim Kardashian.   What do you think, should married women only hang out with other married women?