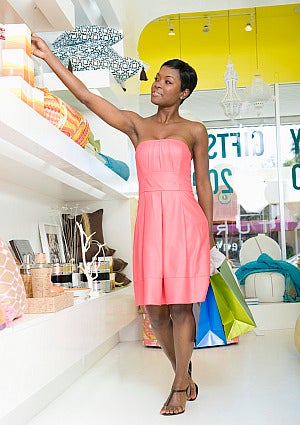 ABC News correspondent John Quinones was traveling to Mexico to cover the story of the “Survivor” producer suspected of killing his wife when he took a moment to speak with ESSENCE. com about the premiere episode of his “What Would You Do?” The series airs tonight at 9 PM, and its first undercover investigation is “Shopping While Black.” ESSENCE.com: This is an area of racial profiling you have investigated before, but you felt it was critically important to revisit. Why? JOHN QUINONES: When we conducted the social experiment about a year ago, the racial profiling of Black shoppers was the largest investigation we’d ever set up. I’ve been walking out into the middle of these moral and character-testing scenarios for many years on “What Would You Do?” but the reactions, or the lack of reactions to severe racial attacks and insinuations, was so dramatic that we wanted to test it out again to see if things had improved. ESSENCE.com: You actors playing store clerks said things like: “I don’t need any problems with you people,” or “People like you come in here all the time, big coats, big bags, in threes?” Did you find improvements? Did people take a stand when they overheard? QUINONES: There are changes, but sadly the changes are not good. The racial profiling of Black shoppers, particularly younger shoppers, has become so common that it now has its own name: “Shopping While Black.” The issue is so controversial that stores were fearful to allow our cameras inside even though they respected our intentions. ESSENCE.com: Most stores turned you down? QUINONES: Out of 50 stores we called in the New York area, 48 turned us down. Unpomela is an upscale boutique that allowed us to turn their store into a an elaborate hidden camera “store” with actors posing as shoppers and store clerks. ESSENCE.com: And the rest of the people in the store were regular people off the street of Soho, which is a fairly multicultural area? QUINONES: Multicultural, and considered by some to be the world’s shopping capitol, but the shoppers for the most part did not stand up for the woman, even when they heard the outrageous accusations. ESSENCE.com: Even though you’ve done this before, is it still hard to witness? QUINONES: Well, in this case, profoundly so. Unless I was there witnessing it myself, right on the scene, I would find it hard to believe. I know I would not want to believe it, but the ugliness went unchallenged for the most part. ESSENCE.com: When you appear for the “gotcha” moment and tell people they were being taped on hidden camera, were they embarrassed or remorseful? QUINONES: No! And you can watch their reactions on tape. They are somewhat defensive and they justify their inaction. “Well, I didn’t know, it is none of my business.” Would they act differently next time? I’d have to say, No, they would not. Not the people we caught on tape in this experiment. ESSENCE.com: And you make the point, this is not a racist issue confined to Soho or the New York City shopping area. QUINONES: It permeates the nation, a recent poll found nearly 60% of African Americans say they have been the victims of Shopping While Black. Whether it is overt and obvious, the way we conducted our experiment, or more subtle, like being followed around by a store clerk like they had no right to be in the store. ESSENCE.com: How do people react when they are treated this way? QUINONES: They can be intimidated. Sometimes they buy something just to prove they are not stealing, even though they do not want to purchase the item at all. ESSENCE.com: One might hope that with our first African-American President in the White House, we’d see some improvement, a greater level of social consciousness. QUINONES: Yes, I think we all hoped for that, but it was not what we uncovered when we rolled the cameras. ESSENCE.com:  What about the minority of people who were upset by what they saw and heard? QUINONES: There was a young White woman who was incredulous, it was almost as if she was in shock. A woman older than her, a Turkish woman, became somewhat broken-hearted, shattered in disbelief. And even when I told them it was an undercover experiment, the racism hurt them greatly. The others who ignored what was happening were real people just like them and they just didn’t care. They watched, they listened and they ignored it. ESSENCE.com: You said this “Shopping While Black” episode was more upsetting and disturbing than other social experiments, even for the actors playing a role? QUINONES: Yes, that was one of the toughest parts because yes, these are actors posing as shoppers being racially profiled, but they are in reality young African-American women. The shoppers who saw them being treated so horribly and hatefully and just looked the other way did not know that they were actors. They thought they were young Black women being told to leave because “you people” shoplift and the stores want no problems with “people like you.” The one young African-American actress came out of the store and just broke down and cried. I wished I could tell her it was all a TV show…it wasn’t real…but it is the ultimate “reality TV.” With “What Would You Do?,” we’re just showing what’s real and hoping it will make people think enough to change, to have the courage to take a stand, and not accept the unacceptable. Not just for themselves, but for their fellow man.