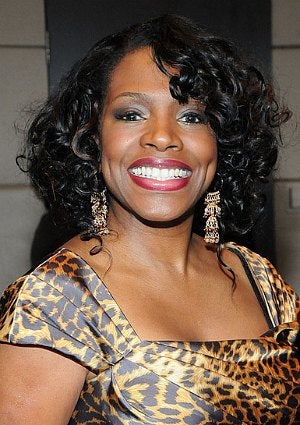 Actress Sheryl Lee Ralph is a passionate AIDS awareness advocate. After years spent watching friends from theater and film succumb to the disease the fierce and fabulous star started the DIVA (Divinely Inspired Victoriously Anointed) Foundation to create awareness around the epidemic. As she does every year, Ralph will be hosting a star-studded music benefit on October 9th called DIVAS Simply Singing in Los Angeles. This year’s DIVAs include Ledisi, Deborah Cox, and Jody Watley. Ralph spoke to ESSENCE.com about the big night. ESSENCE.com: Can you tell us what DIVAs all about? SHERYL LEEE RALPH: I started it back in 1991 as a way for me to forever hold up the memory of many friends who I’ve lost to AIDS. Too many of them died under stigma, shame and silence and I had to find a dignified way to raise up the memory of my friends. So I put on some big hair and lots of sparkles and and songs. How’s that for dignity? ESSENCE.com: So which divas will be on stage this year? RALPH: Oh my goodness, we’ve got one of the best lineups of divas this year, in a theater, singing on stage. We’ve got Teena Marie, Jody Watley, Ledisi, Shanice, Lisa Raye, Kelly Price, Jennifer Lewis, Deborah Cox, Loretta Devine, Naturi Naughton, Holly Robinson Peete, Pauletta Washington…People are just coming out with open minds, and open hearts and trying to be supportive. ESSENCE.com: That’s some lineup. Will everyone be singing original songs? RALPH: How it works is very simple. The light, the mic and the diva, simply singing to piano, alone. Folks come to raise their voice in song and commitment. They all come and bring their voice to their good fight. ESSENCE.com: Showtime begins at 7:30 on October 9th. We can’t wait! For more info on DIVAs Simply Singing, click here.