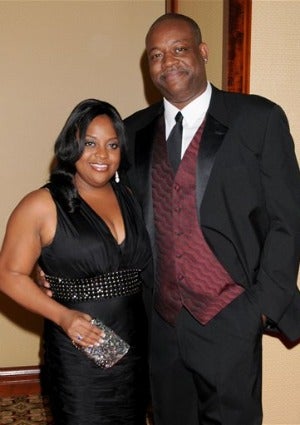 Sherri Shepherd is kicking off 2011 on a high note. “The View” co-host’s boyfriend, TV writer Lamar Sally, recently asked for her hand in marriage, reports People. Sally popped the question a day after Christmas while they were visiting his home in Los Angleles.

He hid the ring “in the middle of a dish of Sherri’s favorite but forbidden M&M’s (she is diabetic), was a tiny little box,” read a statement from her publicist.

But first Sally got permission from Shepherd’s adorable 5-year-old son, Jeffrey. “With that, Sal took a knee and, backed up by the King of Pop, popped the question,” added the statement. The two lovebirds were introduced by Shepherd’s good friend, Niecey Nash’s fiance, Jay Tucker. Look out for Sherri, 43, to share the good news when “The View” returns to the air on January 10th. They plan to wed in August in Chicago.

Sounds like a great way to have spent the holidays, congratulations to Sherri and Lamar!