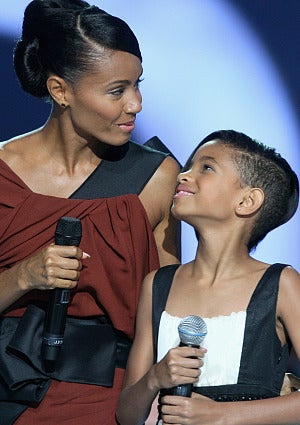 When the footage of the Smith family hosting the December 11th Nobel Peace Prize ceremony was released, the world emitted a collective “Aawwww!” The sweetness was almost too much to bear. This adorable, happy, accomplished Black family was singing on stage together, honoring our beloved President Obama, and it was a beautiful moment. Until, upon closer inspection, people began to notice that 9-year-old Willow Smith’s hair was shaved on one side (in the style of sultry, twenty-something songstresses like Rihanna and Cassie). While many of us thought the style was super-cute, others were downright horrified. Soon, blog comment sections began filling up with readers deeming the style “too grown,” wondering “what Jada was thinking,” or deciding that “Willow must’ve shaved that head behind Jada’s back.”

In search of the inside story behind ShaveGate, we tracked down Marcia Hamilton, the Hollywood hairstylist who created the style for Willow. Here, she gives us insider details on the what, when, how and why of the littlest Smith’s polarizing new look.

“Willow’s cut was a decision made between her and Jada, and I executed their vision,” says Hamilton. “Willow’s a fierce little girl with energy, imagination and spunk. We wanted to give her a look that represented all of those things, and was easy to care for. Once I started cutting, Willow actually requested the clippers! Look, it’s 2010. Can’t our little girls move into the future without ruffling feathers? The look is fun, empowering, anti-relaxer and anti-weave. More women need to steer their little girls in this direction. If your child is a forward-thinker, you should guide her instead of smothering her.”

Interesting. What do you think?