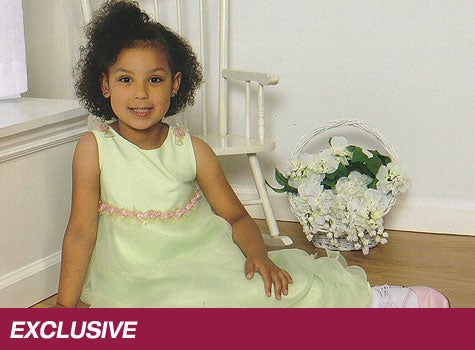 Shaniya Davis was only five. She liked playing dress-up and dancing to the tunes of soulful music. On November 10, Shaniya’s mother, 25-year-old Antoinette Davis, reported her missing. The police subsequently uncovered shocking information: Officials believed that the little girl’s mother, Antoinette sold her daughter into sexual slavery. They arrested Davis and charged her with human trafficking. On November 16, the little girl’s dead body was found by rescue workers in a wooded area near a highway in Sanford, North Carolina. ESSENCE.COM spoke exclusively with Shaniya’s half-brother, Byron Coleman, 21, about the incident, how he found out, and what he remembers the most about his baby sister.

ESSENCE.COM: Can you tell me about your little sister, Shaniya?
BYRON COLEMAN: She was a very sweet little girl but very, very, shy. She wouldn’t go to just anybody, you would really have to know her. And, she would have to get warmed up to you, especially males. She was a daddy’s girl.

ESSENCE.COM: How close were you to her?
COLEMAN: Me and Shaniya were really close. I would see her every time I came home (from college). The last time I saw her is when we went to Chuckie Cheese. It was fun and she enjoyed it. We went there and McDonald’s and then I went to the store to get her some flip-flops. She saw how they lit up when you walked so she was like, “I want these,” and a Barbie doll.

ESSENCE.COM: What else did she like to do?
COLEMAN: Make-up, every girl’s dream. She loved Hannah Montana, I know that. She (also) loved R&B because she was always singing.

ESSENCE.COM: When did you find out what happened to your sister?
COLEMAN: I found out the same day that it occurred. I was in Charlotte.  I received a phone call from my dad and saw it all over the news. My father said that my little sister was missing but don’t worry too much because she will be coming home pretty soon.

ESSENCE.COM: What did you think once your father told you?
COLEMAN: I didn’t think something like that could happen. I mean you see it on the news all the time but you would never think that could happen to you or somebody close to you.

ESSENCE.COM: What do you think about the charges against Shaniya’s mother, Antoinette Davis?
COLEMAN: Really, I think there should be more charges on her because any mother that can neglect their daughter that easily, words just can’t describe.

ESSENCE.COM: Have you all heard anything from the police about how she died?
COLEMAN: No, we haven’t. Well, I haven’t I don’t think my father has either.

ESSENCE.COM: Can I speak to your father?
COLEMAN: He’s not ready to speak to the media.

ESSENCE.COM: Do you have any closing remarks?
COLEMAN: (Parents) don’t let this happen to your child. I mean words just can’t describe.