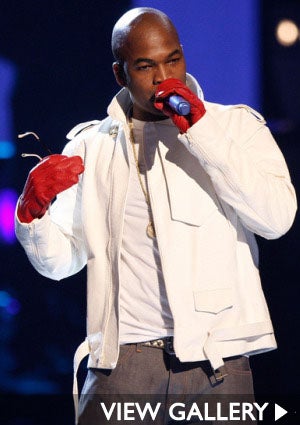 And, you thought women were sensitive about their hair. Last week Ne-Yo revealed that he started to lose his hair when he was only a teenager. “My hair starting thinning when I was 13. It runs in the family,” Ne-Yo explained. The singer/songwriter admits that hair loss at such a young age was extremely hard to cope with, but he eventually came to grips with it. “I initially started wearing hats to cover up my shame. Now I don’t give a damn. I can be sexy without hair.” Unbeknown to us, men are just as sensitive (if not more) about losing and thinning hair than we are — and they need to be reminded that for some of us, a shiny cranium is a major turn-on, and with or without hair, sexy is sexy. Hair doesn’t make the man, and as long as you don’t have a lumpy head, we would much rather see a baldy than a ridiculous combover, or a handful of kinky curls that reside only on the edges of his dome. Whether by choice or by force, a smooth head is sexy — and we’re big on bald. Check out the sexiest Black celebs who have re-confirmed how hot a hairless head is.
Loading the player...