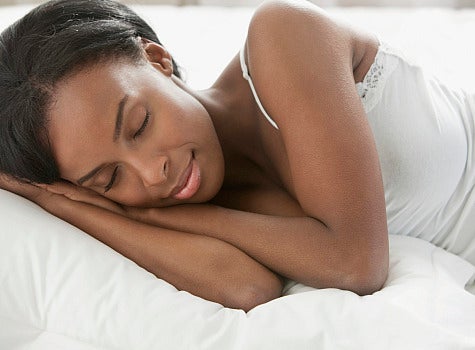 With the sputtering economy stressing us all out, there are plenty of things for us to lose sleep over. However, a recent study conducted by the National Sleep Foundation might suggest that we’re adapting to these taxing times. According to the 2010 Sleep in America Poll, African Americans sleep less than Hispanics, whites and Asians, but reported they required less sleep than the other ethnic groups to perform at their peaks. So what’s keeping us going? Sex and prayer it seems. According to the poll, ten percent of African Americans and Hispanics say they have sex every day or almost every day, compared to four percent of whites and only one percent of Asians. That ten percent could be experiencing better sleep due to the hormone oxytocin which is released during sex and helps us drift off into lala land. More dramatic is the number of African Americans who pray before bed every day–77 percent, compared to 45 percent of Hispanics, 32 percent of whites and 18 percent of Asians. Prayer has been linked to better health, stress relief and positive feelings, which can all affect the type of sleep we get. Read More:
Loading the player...