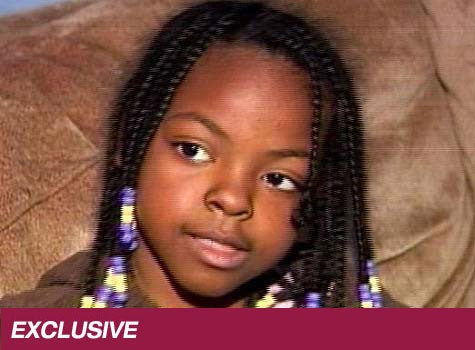 Sometimes, when she sits in class, seven-year-old Lamya Cammon twirls the colorful beads that adorn her braids. Her mother, Helen Cunningham, says that she does it “maybe out of nervousness or distraction.” On November 28th, the girl’s first grade teacher at the Congress Elementary School in Milwaukee, Wisconsin, became “frustrated” when Cammon kept playing with her hair and told the girl to walk to the front of class. The obedient child complied and, to her surprise, her teacher reached for a pair of scissors and cut one of Lamya’s braids off.

An outburst of laughter filled the room and little Cammon went back to her seat, put her head down on her desk, and cried. At the end of the day she went home and told her mother, who at first didn’t believe her. “I couldn’t see a teacher doing a thing like that,” says Cunningham.

ESSENCE.com talked exclusively with the working mother. She tells us what happened when she spoke with the teacher, what punishment she thinks the teacher should receive, and the reason the teacher gave for cutting her daughter’s hair.

ESSENCE.com: Tell us what happened.
HELEN CUNNINGHAM: My daughter went to school. It was the Monday after Thanksgiving and she had gotten her hair beaded over the vacation. She was twirling her beads in her hair and her teacher told me that she advised her to not twirl her beads. Lamya kept doing it and her teacher told her if she kept doing it, she will hold her back from recess. She told me that she did hold her back from recess and after recess Lamya still kept twirling her beads. This is when the teacher called her to the front of classroom.

My daughter told me that her teacher told her that she was going to give her some candy. When she came up to the desk, the teacher grabbed the scissors and grabbed a braid and cut it off. She then told her, if you keep doing it, “I am going to cut some more.” My daughter started crying because her classmates were laughing at her.

ESSENCE.com: What was your first reaction?
CUNNINGHAM: When my daughter came home from school she said, “Mom, my teacher cut my hair.” I didn’t believe her because I couldn’t see a teacher doing a thing like that. So I said, “I am going to call the school tomorrow and find out what’s going.”

I called the school and talked to the school social worker. She said, “I haven’t heard anything like that… a teacher cutting off a kid’s hair. You might want to call the teacher and ask her if it’s true.” So, I went to the teacher’s room in person. She admitted that she was frustrated that my daughter would not stop twirling her hair. She also told me that she held her from recess because she kept playing with her hair. And then, she said, “She kept doing it so I cut her hair.” She said she just cut the end of her hair. I looked at my daughter’s hair, because it is very long, and was like, “that’s at least three inches gone from her head.” And she said, “Well, I cut it and she said if she keeps doing it, then I will cut some more,” while standing there like what she did is not wrong.

ESSENCE.com: Does your daughter have a tendency to play with her hair?
CUNNINGHAM: Not really, unless she is nervous. I think the work for her was kind of challenging so she probably was twirling it to concentrate. You know, how sometimes when something distracts you, you fidget. I am thinking that when she plays with her hair it is because of the work.

ESSENCE.com: Did your daughter come home crying?
CUNNINGHAM: Yes, she was very emotional.

ESSENCE.com: What do you think should happen to the teacher?
CUNNINGHAM: Actually, Milwaukee Public Schools (MTS) have not done anything against the teacher. I called the Milwaukee Child Welfare Bureau and I went to the police department and they did give her a $175 citation for disorderly conduct.

ESSENCE.com: Have you ever had any problems in the past with this teacher?
CUNNINGHAM: No. When she first started going to school, Lamya had problems but this year she’s been doing pretty good in school.

ESSENCE.com: Was the teacher apologetic?
CUNNINGHAM: No, because she felt like what she did wasn’t wrong.

ESSENCE.com: Why do you say that?
CUNNINGHAM: She kept saying, “I didn’t cut her hair,” “I cut this part.” And I said, “that is her hair.” Her hair is actually long. I think some of the teachers are used to a lot of little girls wearing microbraids or extensions. And that is another thing that was brought up. She was trying to say that she didn’t know that was her real hair.

ESSENCE.com: What ethnicity is the teacher?
CUNNINGHAM: She is White, and the school is in a predominately Black neighborhood.

ESSENCE.com: What has since happened to little Lamya?
CUNNINGHAM: They moved her to another classroom. She isn’t happy because she’s been with those kids for two years, you know, they’re her friends, they have bonded.

ESSENCE.com: As a mother, how does this situation make you feel?
CUNNINGHAM: At first I was in shock. It went from shock to a little bit of anger after I talked to my daughter’s teacher. I feel let down because a lot of our schools have been getting shut down because of low attendance and some parents are sending their kids to charter schools so I am putting my faith in MTS to provide the best education possible for my kids.

I feel like when my kids go to school, they should be safe. You know, they look up to their teachers as role models. And, these are the people that are preparing them to go out there and deal with the world. Now, you are showing my daughter that when you go out there in the world, it’s okay to get frustrated and do something mean to a person.