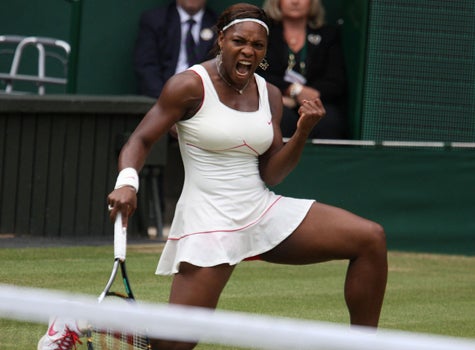 Yesterday, Serena Williams moved to the final round of Wimbledon. Today, the tennis player is walking away with the crown. Williams won her fourth Wimbledon singles title beating Russian Vera Zvonareva with a score of 6-3, 6-2 in the final at the All England Club, according to Reuters.com. This is a historic win for the star, who now surpasses tennis legend Billie Jean King with 13 major career titles. The talented player and her sister Venus are leaving their mark in the tennis world. The duo now has nine Wimbledons between them, Venus with five and Serena with four, reports USA Today. “She’s a little meaner and more determined,” Serena’s mother and coach, Oracene Price, said to USA Today, the day before the final. “She’ll do anything to get the ball over the net.”