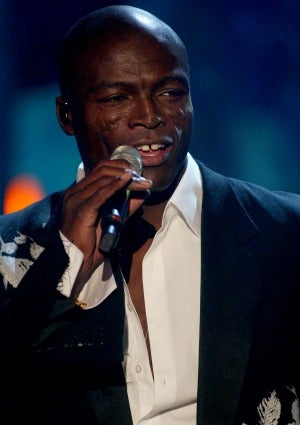 Seal and his supermodel wife Heidi Klum seem to have a charmed life — successful careers, a tribe of kids running around and so much love between them that it oozes from their pores. Of course that kind of love would seep into Seal’s music. The singer spoke about how family has influenced his work in an interview with PopEater. “The way that family influences as a writer is that it doesn’t make you write about them per se, but it changes your outlook,” Seal said. We’re sure it does. Seal says it wasn’t difficult getting sexy in front of the camera with Klum for his music video “Secret,” adding that “there weren’t that many cameras around.” The happily married couple are set to start filming a new reality TV show where they help couples around the country have the “wedding of their dreams.”