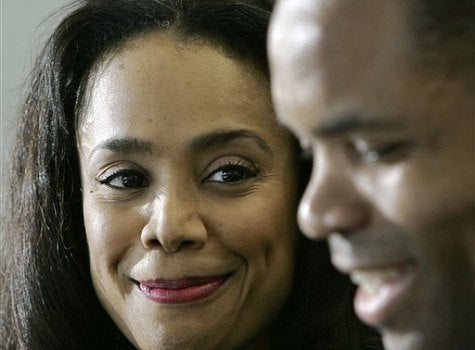 In a story that plays out like an episode of “The Good Wife,” Chicago Alderman Sandi Jackson says she’s sticking by her husband, Congressman Jesse Jackson Jr., despite his recently publicized affair with a blond Washington hostess. Jackson says her husband told her of the affair two years ago. “He said it was over. I was mortified and in agony,” she told the Chicago Sun-Times, “but he knew if I found out any other way it would be over.” The bombshell was followed by sleepless nights and hair loss, she said. “I told him I would only consider staying if we got into therapy.” Like most infidelity, the affair caught the alderman off-guard. “You know, when the Clintons ran into marital trouble, I thought ‘Hillary should leave Bill’,” she said. “I couldn’t stand what Tiger Woods did and how his wife had to suffer publicly. But when the ‘beast’ lands at your door, it can be a very, very different experience. No one really knows what they are going to do until they are in that situation.” As the scandal continues plays out, Jackson says she’s staying focused on her children and realizes there are people in worse situations. “Mine is a matter of the heart,” she said. “For many it’s a matter of survival. My heart will heal.”