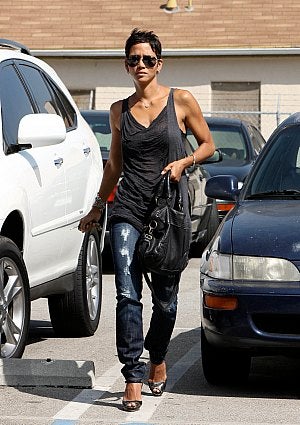 It looks like Samuel L. Jackson is headed to Broadway. The movie star played Martin Luther King Jr. during a “top secret” reading of “The Mountaintop,” a new play by Katori Hall based on the activist. According to NYPost.com, the reading went well and producers are confident that Jackson will come on board. And who do they want him to share the stage with? Halle Berry.  NYPost.com reported that Berry is becoming more and more interested in Theatre. The Oscar-winning “Monster’s Ball” actress has been watching several Broadway plays including “Fences,” starring her pal Denzel Washington. There’s also buzz that Anika Noni Rose will possibly be in the “Mountaintop” cast. Rose won a tony for “Caroline, or Change.” While we’re not sure what role producers are looking for Berry to fill, we imagine they’d cast her as Coretta Scott King. What do you think? Would Halle Berry make a good Coretta?