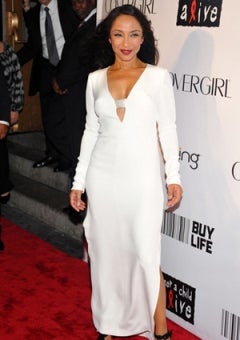 Sade hit the stage on Friday night in Nice, France to kick of her world tour, the first for the singer in 10 years. Sade began her show in grand style and received a warm, long-awaited welcome from her fans.

The songstress performed her classic love ballads, “Smooth Operator,” “No Ordinary Love,” and “Sweetest Taboo.” She also included her newer songs from her Grammy-Award winning album, “Soldier of Love,” released last year. This week not only marks Sade’s return to the stage, but she will also release a new album, “The Ultimate Collection” this Tuesday.

Sade will launch her world tour in the U.S. on June 16, in Baltimore, MD. John Legend will join the American leg of the tour as the opening performer.