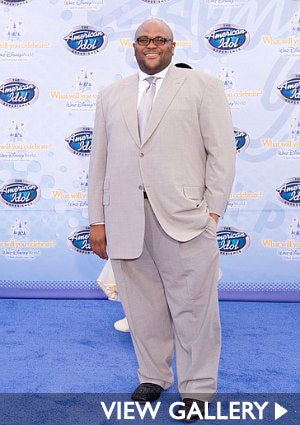 “I never had an issue or a problem with the way I looked or how I felt about myself,” Ruben Studdard recently told Wendy Williams, “but one day I was like, ‘man, I want to be a different person.'” After years of being known as the “Velvet Teddy Bear” partly for this burly size and soothing vocals, Ruben Studdard has completely changed his diet and lifestyle. He has reportedly lost 100 pounds and is in the best shape of his life. He spoke with ESSENCE.com about his weight-loss journey. “It wasn’t like some big epiphany like I was knocked down by high blood pressure or anything like that,” he says jokingly. “It was just I thought I might be able to stay around a little longer if I start making healthier choices.” Currently, a more svelte Studdard can be seen on TV One’s documentary series “Life After” in which he talks about his experience being on one of the most successful shows in television history. “It’s been a blessing, and I’m just happy to be doing the job that I love every day,” he says of his life post-Idol. He’s also a married man now, raising a beautiful 8-year-old stepdaughter with wife, Zuri. A new marriage and a daughter gave Studdard the boost he’d been needing to maintain focus, on lifestyle and career. Zuri has not only encouraged Studdard’s healthier lifestyle, she has joined him in becoming vegetarian. Ruben took it a step further by becoming vegan. “I’m a vegan now,” he says laughing. “Yes, a vegan.” The decision has been great for his waistline, but even better for his vocal chords. “Dairy products are not good for a singer,” he says. “We have a lot of mucus build-up, which causes us to have hoarseness in our voice. I just decided to stop eating that stuff and I haven’t had a scratchy throat in almost two years.” Studdard calls his journey a work-in-progress. “I work on it every day trying to get better and better,” he says cheerfully. “I don’t like to be a preacher or anything, but the one thing that I’ve learned is that you truly are what you eat.  If you eat good, you feel good. I would encourage every body else to do the same.” Catch a healthier Ruben Studdard on his 17-city tour with Clay Aiken coming to a town near you this summer.