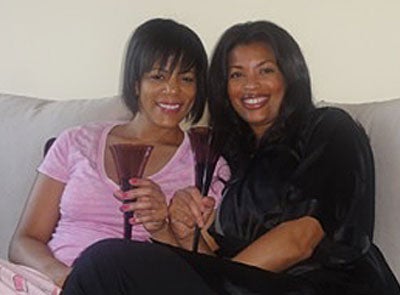 I have always been a sucker for two things; a good old-fashioned love story and pomp and circumstance! So when I heard about the royal engagement, I was over the moon. I watched Lady Di morph into Princess Diana and then watched Waity Katy, a “commoner,” snag her prince. I watched Princess Di’s wedding with my mother; I watched this wedding with Angelique and the people on Twitter. What a difference 30 years makes!

Watching the royal wedding this morning, I could not help but think how the monarchy has evolved. Although this wasn’t a state wedding, there was a certain amount of protocol to be followed, however, as generations evolve, so does tradition. A betrothed prince’s son marries his 8-year, live-in college sweetheart. Harps are replaced with disco balls in Buckingham Palace, and the “Day After Wedding Brunch” is displaced by a “Survivor’s Breakfast.” Sounds like my kind of party.

When all this hoopla started, I was so excited. I watched and listened as a few of my die-hard fellow romantics were all-in, but I also listened as a vast number of my fellow friends and strangers pooh-poohed the royal wedding. Not to be deterred, none of this was going to steal my joy and excitement. I was standing in my truth and determined to watch this glorious wedding unfold and have my moment, just as I did 30 years ago.

A few days ago, I carefully plotted my royal wedding watch. No matter what, I was getting up at 4am to watch, complete with the procession of hats, dresses and fabulosity. These moments are always better with friends, so I called Angelique with my bright idea of a royal slumber party. Since she and I are kindred spirits with our love of Tudor history, I knew I could count on her romanticism to share in the excitement. I proposed the idea of the slumber party, and she was all in! “I’ll supply the champagne,” I said. “Perfect, I’ll bring the crumpets,” and just like that, our slumber party instantly came to fruition.

Last night, we stayed up until 1am chatting, hedging our bets about the dress designer, the length of the train, and marveling how this is every woman’s wedding; a “commoner” (I despise that word, but I’ll roll with it nonetheless) snagged her prince. We also giggled about the break-up and how Waity Katy played her cards right; Wills needed some space and time; she gave it to him then went out dressed to the nines to show her prince just what he was missing! A few months later, Wills whisked her away to Kenya, making a secret pact to marry her. He presented her with his mother’s 18-carat diamond and sapphire ring, and the rest is history. With a few hours to go, we were off to get a bit of sleep before the royal wedding.

At 4am, my BlackBerry alarm went off, and I bounced up, as if I were getting married. Angelique used the other bathroom to pull it together, and then we took our spots on the sofa along with the other half-billion spectators, because this was our moment; Princess Di’s baby boy was getting married. Damn, I felt old!

We watched Victoria and David Beckham stroll in like royalty, then Elton and hubby David Furnish took their spots. Everyone looked the part. Of course, we kept our eyes peeled for some Black folk, and then, like clockwork, a slew of our kin rolled into Westminster Abbey. What a moment! At that point, I tore myself away from the television and grabbed a bottle of Lambrusco, a sparkling red for love, and popped the bottle and we toasted to the royal couple’s happiness.

We continued to watch as Will and Harry made their way to the Abbey, decked out in military gear. At that point, Angelique and I looked at each other, choking back our tears. No sooner did we get over that, then Kate, er, Catherine emerged from the Goring Hotel in a stunning yet elegant Alexander McQueen gown! In stark contrast to Princess Di’s 25-foot train and puffy sleeves that nobody but a princess could pull off. Catherine’s dress was gorgeous, fitted and classy; a dress fit for a “commoner” aka everywoman. Yes, what a difference 30 years makes.

I continued to watch the wedding unfold, breaking tradition and yet keeping with it. As they exchanged vows and were pronounced husband and wife, Angelique and I made another toast to their love, and love finding us. No hating over here; nothing but hope and happiness for them and our future princess.

Twitter was ablaze and some of the die-hards were even won over by the romanticism of the event. How could you not be? This isn’t a race or class thing, this was a love thing! Watching the whole world celebrating the love and pageantry, even Bevy, who will never admit to softening her stance in her objecting to the monarchy, called with the bright idea of going for High Tea this afternoon! Did she just do a 180? Yes, the romantic in me loved it.

While the royals are celebrating with the all-night reception, complete with Pippa’s disco ball and Harry’s hangover breakfast, Angelique and I will be toasting it with Bevy at high tea (and champagne, of course) on this side of the pond. I love how a good old-fashioned love story brings out the best in us, and softens even the hardest hearts.