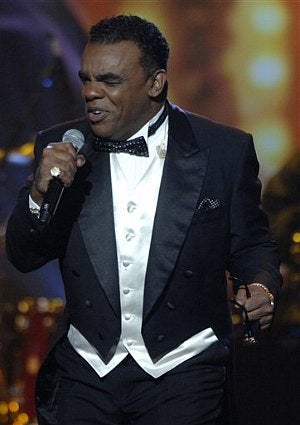 Soul legend Ron Isley is no stranger to making hit songs and well-received albums. But after spending three years in prison for tax evasion, the 69-year-old crooner says he’s never been so focused on making a great comeback album. Just months after his release from prison, Isley is ready to put out his new album, titled “Mr. I.,” which features guest appearances from the likes of T.I., Keyshia Cole and Lauryn Hill.  He spoke to ESSENCE.com about getting his groove back musically, and why working with Ms. Hill was ‘out of this world.’ ESSENCE.com: You have a beautiful new duet with Lauryn Hill. Why her, and why that particular song? RON ISLEY: Well, John McClain, myself and Burt Bacharach went through some people that we wanted to do a duet with, and she was chosen. What we did together is out of this world — it’s one of the best duets I’ve ever done. ESSENCE.com: The title of the new album is “Mr. I.” Does this mean there’s no more “Mr. Biggs”? ISLEY: No, it’s not that there’s no more Mr. Biggs. its just that “Mr. I” is what we’re going with now. ESSENCE.com: “Mr. I.” features guest appearances from young’uns like T.I. and Keyshia Cole. Are you trying to go younger with the new album? ISLEY: I don’t think so. I started trying to make an album of all singles and it turned out that way. I worked with Tank, Tricky Stewart and Greg Curtis because I really wanted to work with the hottest producers. We recorded 15 songs and kept 11, and everyone that’s heard it says it’s some of my best work. I tried to make up for the time that I was away. I just wanted to make this album that good. ESSENCE.com: And speaking of young’uns, is there anyone today that you see yourself in? ISLEY: No. I listen to everybody and I try to keep up with what’s going on. There are a lot of new people that’s out now but there’s no one that’s that special, in my eyes. ESSENCE.com: You’ve also just signed an 8-record deal, which is uncommon for an artist these days. ISLEY: [laughs] They just wanted to make sure that I would be there. ESSENCE.com: You’re also going to honored with a Soul Train Lifetime Achievement Award this year… ISLEY: It means everything to me. It means that your fans are listening and appreciate everything you do. I don’t care how many times I get awards I feel humbled every time. It’s a feeling that you can’t describe. ESSENCE.com: What lessons did you learn from prison? ISLEY: I’ve always wished I could help the people that were there; just give them something to make their time better. I made so many friends there. You feel you can’t do anything, and that’s the hurtful part. Ron Isley’s latest album, “Mr. I.,” comes out November 30. In the meantime, check out exclusive behind-the-scenes footage of his latest video, here.