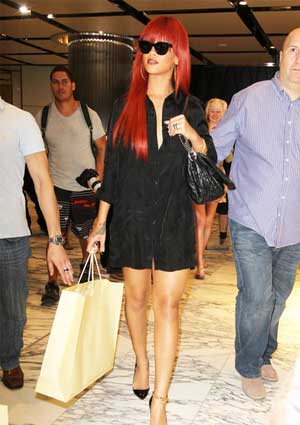 After weeks of speculation about whether or not Rihanna would star in a “Bodyguard” remake, the singer is officially speaking out against the project. Asked if she would take on the leading role Rihanna replied, “absolutely not.”

Just weeks ago. Deadline.com reported that she was in talks to play the Whitney Houston role of the 1992 classic. Today, as portions of her OK! Magazine interview surface, it’s clear she wants no part in the much talked about remake.

“I hate it when singers do singing movies all the time because you can never look at them as anybody else,” she said. “I want to play a character. My whole life is playing Rihanna, being a singer won’t be a stretch for me. I like challenges and being an actor is playing a role, being able to step into somebody else’s shoes, that’s the excitement,” she said.

We can only assume that the search for the lead continues. Who should fill Houston’s shoes? Who can?