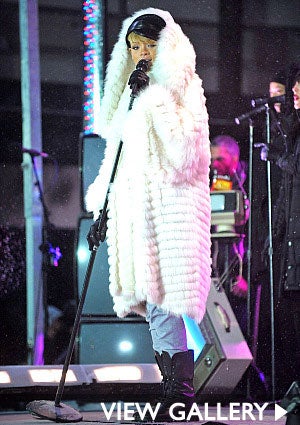 After Janet Jackson‘s infamous wardrobe malfunction during her set with Justin Timberlake, the Superbowl heads have played it safe with their half-time performers. But no one said anything about the concerts leading up to the Superbowl. Recently seen clad in a revealing all white strip-taped getup while performing for the AMAs, singer Rihanna just signed on to sing at a pre-Superbowl concert. Her divergent fashion sense is quickly making her a style icon for young risk-takers. With the games being held in steamy Miami, we’re watching to see what hotness the 21-year-old beauty will have on. Even if it’s not racy, we’re sure it’ll be different.