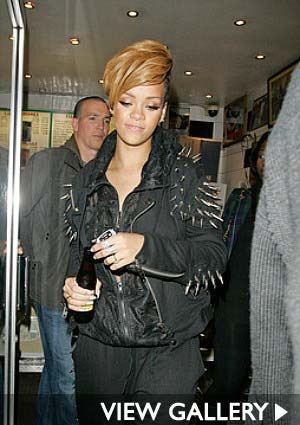 With all that’s happened in her life in 2009, the issue of the naked pictures of Rihanna that spread through the Web earlier this year got brushed aside. For the first time since nude photos of the singing beauty leaked to the internet, Rihanna has confirmed that the shots were hers, according to “People.”
Rihanna told New York radio station Hot 97 that she snapped the photos for her then-boyfriend, whose name she didn’t reveal.
Rihanna cheekily said, “If you don’t send your boyfriend naked pictures, then I feel bad for him.”
The “Russian Roulette” singer also said finding out the photos were online was “humiliating.”
“It was the worst thing that could possibly ever happen to me. I just felt like my whole privacy was taken before that [with the other photo leak] and then, when that came out, I thought, ‘Oh great, so now there’s nothing they don’t know about me and my private life,’ ” she said. “It was humiliating and it was embarrassing – especially my mom having to see that… I was nervous [but] when the world is against me she’s always there supporting.”