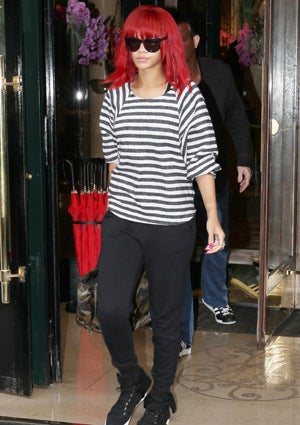 Rihanna, fresh from her romantic Paris rendezvous with Matt Kemp, is busy promoting her upcoming album “Loud” these days. On October 27, she’ll be releasing a self-titled photography book and will head to New York City for a stellar book-signing. In the edgy collection of photos, the starlet is captured during Paris Fashion Week, her “Rated R” album shoot, the American Music Awards performance, as well as shots of her from the “Last Girl on Earth” tour.
Loading the player...