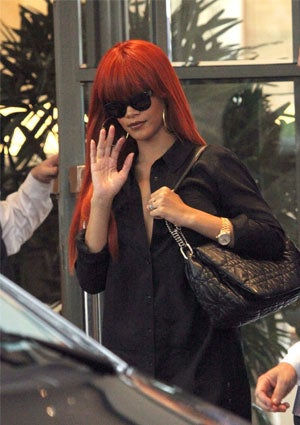 They say fame is a monster. Or does it just create monsters? Rihanna’s current relationship with her father is strained because of her celebrity status. The Bajan singer recently revealed that her dad is known for going to the press with “lies” for cash.

“It really makes me question what I have become to my father. Like, what do I even mean to him? It’s really strange. That’s the only word I can think of to describe it, because you grow up with your father, you know him you are part of him for goodness’ sakes,” she told Vogue according to Bossip. “And then he does something so bizarre that I can’t begin to wrap my mind around it. You hear these horror stories about people going behind people’s backs and doing strange things, but you always think, not my family. My father would never do that to me.”

This is a damn shame. But it gets worse. Rihanna says her father first did this when she was assaulted by Chris Brown back in 2009. “My dad went to the press and just told them a bunch of lies. Because he hadn’t talked to me after … that whole thing … He never called to find out how I was doing, if I was alive, nothing. He just never called,” she said. “He went straight to the press and got a check. And now he does it again. Now I’m like, whatever. I tried.”

This leaves us to wonder how a parent could ever sell out their child? How do you even begin to keep everyone normal after fame takes over? Without a doubt Rihanna has endured mountains at such a young age. But you’ve got to ask, is this worth the price of fame?