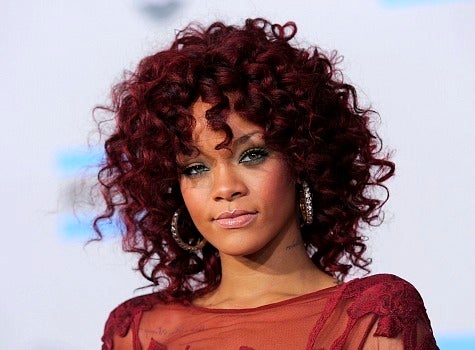 It seems like every magazine interview with Rihanna features some quote about her relationship with Chris Brown and the physical abuse she suffered in February 2009 — to the point where her fans have started saying, “Enough already!” Apparently RiRi’s tired of talking about the situation too, but “People won’t stop asking about it,” she tweeted in reply to one of her Twitter followers who told her, “It’s time you stopped talking about the situation with Chris in interviews.” Rihanna vented that “it’s f***ing annoying” that interviewers keep asking her about Brown. “Nobody wants to relive that, but some people can’t respect that.” The girl’s got a point. Why should she rehash that horrific moment for people every time they turn on the tape recorder? Moreover, we’ve all had friends who won’t let our past toxic relationships go, constantly reminding us of our last boyfriend’s transgressions. At some point we just want to say, “Let it go! I have!” “I get it, they want to raise awareness to young girls, but it ends up just making me look bitter, pitiful, spiteful and angry!” the pop star continued to tweet. We’d venture to say those questions aren’t always about raising awareness in young girls, especially when they’re for men’s magazines like GQ. Still, no one can deny the transformations Rihanna has gone through post-Chris, so we understand the fascination with asking about the infamous breakup. But maybe its time for all of us to change the subject and let RiRi do RiRi.