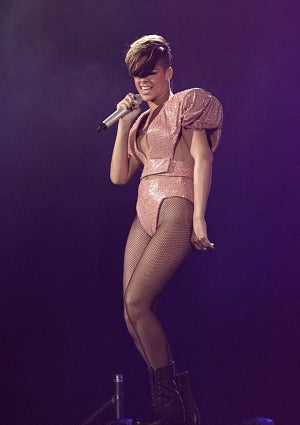 Rihanna is doing well after being taken to a private hospital following a performance in Zurich Switzerland. The “Rude Boy” singer “had an injured rub and went to have it looked at to be sure it was nothing serious, and it wasn’t,” her rep told People. “All is okay and the tour is going great,” the rep said of the European leg of RiRi’s “Last Girl on Earth Tour.” The “good girl gone bad” performed a concert on Tuesday night in Lyon, France and on Wednesday in Marseille. Her North American “Last Girl” tour is set to kick off in Seattle in July. Related stories:
Loading the player...