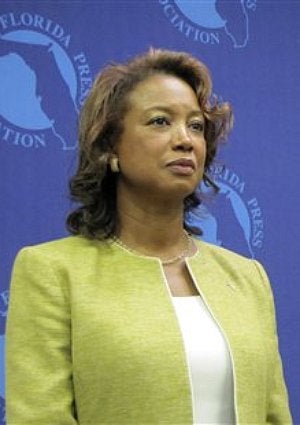 The name Jennifer Carroll may not be known by many outside of Jacksonville, Florida, but things are about to change now that the state’s Republican gubernatorial candidate, Rick Scott, has chosen her as his running mate. Carroll, a 20-year Navy veteran and Trinidadian immigrant, was already the state’s only Black state legislator. To date she is the only Black women to be part of a statewide ticket, and if elected, Carroll would become the state’s first Black lieutenant governor. “Jennifer Carroll is the embodiment of the American dream,” said Scott of his new running mate. “She came to America as a young girl, decided to serve her country with the United States Navy, pursued a higher education, started a small business, and then was elected the first African-American female Republican in the Florida Legislature.” Carroll is a lifetime member of the NAACP and a member of the Alpha Kappa Alpha Sorority.