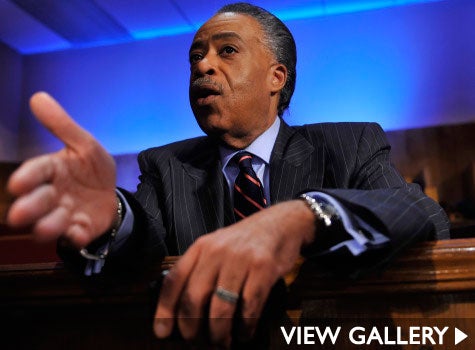 Early Saturday morning, hundreds of eager New Yorkers and out-of-town visitors stood in a line wrapped around First Corinthian Baptist Church in Harlem, New York, to attend Rev. Al Sharpton’s National Action Network (NAN) leadership forum. “Measuring the Movement,” a featured program of the four-day conference, was geared toward a 12-month action plan for Black leadership. Authorities from social, political, and economic fields tackled topics as diverse as the need for lighting in a local park to the high drop-out rate among Black teens. While CNN contributor Roland Martin moderated the event and radio host Tom Joyner fielded questions from the audience, it was obvious that social media tools were just as important to reach people across the nation. “You have people e-mailing and blogging,” referring to those who were using Twitter and the Web at the first nationally televised NAN, “We are moving forward to the next generation,” says Charles Ogletree, Harvard Professor and mentor of President Obama. An Internet question, “Where can young boys go after prison?” read by Tom Joyner was answered by Congressman James Clyburn. He stated that it is now a law that employers cannot turn away ex-convicts from employment and tax credits are available for those who comply. Michael Eric Dyson added, “Church organizations need to welcome them with open arms.” Enthusiastic applause followed his remarks. Another topic sparked a lot of agreement in the packed church. “We need to deposit our money into Black banks,” syndicated radio host Warren Ballentine says. “We will have more control to lend money to small businesses if we did this and then we can create our own stimulus package.” Two retired school teachers, Margaret Crawford, 72, and Janice Hyman, 69, both traveled from Washington, D.C., for this forum, sporting identical t-shirts that read “Dream Now.” “The problem is that many of our kids are dropping out and we need to do something,” says Crawford. “We have many projects going on in DC, but very few Blacks are aware of programs such as vocational schools that teach job skills.” Crawford’s sister, Hyman chimed in. “Let me just say this, a lot of our Black people do not want to do construction work anymore, they think it is embarrassing, but they can make a lot of money doing this trade.” The program’s panelists included Judge Mathis, Philadelphia Mayor Michael Nutter, NAACP President Benjamin Jealous, President of National Black Nurses Debra Toney and a host of other top African Americans. View a photo gallery from some of the panelists. Rev. Al Sharpton emphasized that, “everybody needs to make a commitment.” Pausing for a moment, he added, “let’s hold everyone accountable.” Related stories:
Loading the player...