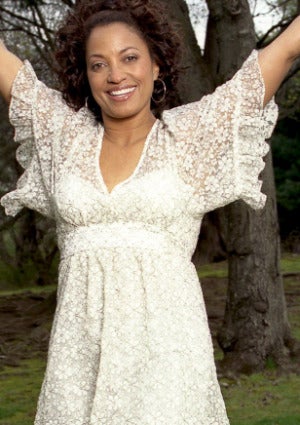 When both of Rene Syler’s parents were diagnosed with breast cancer, the former cohost of CBS’ “The Early Show” decided it was time to find out if she was also at risk. While the tests came back negative, Syler took matters into her own hands and decided to have a bilateral prophylactic mastectomy to avoid breast cancer altogether. She explains to ESSENCE.com the steps she took to make that life-altering decision, what her recovery was like and why some people thought she was playing God with her own body.

My dad was diagnosed with breast cancer when I was about 10 years old. My mother was diagnosed when she turned 64 years old. They found her cancer on a mammogram. It was very small so she had a lumpectomy and five weeks of radiation. She’s been cancer-free for almost 12 years now.

Doctors tell you if you have a family history of breast cancer, you may need to have a mammogram before you turn 40. So when my mother was diagnosed, I had my first mammogram. I was 36 years old. I have always been on top of my health and made sure I got one every year after that. In late 2003, after my routine mammogram, I was diagnosed with Hyperplasia Atypia, which is a pre-cancerous stage where it’s not cancer, but the cells are dividing pretty rapidly and abnormally. My mammogram showed on the right breast I had a solid mass that was benign but the left breast was troublesome because it showed I had these microcalcifications all bunched together. The doctors decided to do a biopsy to find out what was going on. When I found out it wasn’t cancer, I was relieved and thought, okay, well, I’m off the hook for another year.

The next year came around, I had another mammogram. They found more microcalcifications and had to have another biopsy. I had a stereotactic biopsy where the surgeons go in through one incision and biopsy several parts of the breast. It’s less invasive than a surgical biopsy where you receive anesthesia so that they can go in deeper and get to those areas in the breast that are harder to reach. I had each procedure done twice in the span of four years.

After about the third biopsy, I started to have a really sober discussion with my breast surgeon about what exactly was happening to me. After all, my parents had breast cancer; I had the Hyperplasia diagnosis and multiple biopsies so I knew I was going down a path that was no good. We started talking about how to keep me from getting cancer. We talked about chemo-preventive therapies such as Tamoxifen, a drug given to women to lower their risk of getting cancer, but I wasn’t ready to take on the side effects. That’s when we first discussed the prophylactic mastectomy.

My breasts weren’t so big to begin with and after all the biopsies, I had three big sections of breast tissue removed. My left breast had sort of collapsed onto itself. I had already talked to my doctor about trying to fix my natural breasts but he told me I would still have to continue having surgical biopsies every year if I did that, basically setting myself up for a lifetime of surgeries. My doctor had already told me that I had a 40 percent chance of developing breast cancer, not to mention I had this deformed breast. So I started giving the prophylactic mastectomy a lot of thought.

First I had genetic testing done. There are only two genes identified with breast cancer-BRCA1 and BRCA2. I was BRCA negative to 1 and 2, but that doesn’t mean that I don’t have a gene that has yet to be discovered. Next, I went to see a psycho-oncologist, who is a psychologist who helps cancer patients deal with having cancer and multiple surgeries, just to make sure that my head was in the right place and I knew what I was getting myself into. I met with a plastic surgeon to talk about how I would look. While this isn’t the same as a breast augmentation, you still have the right to be happy with what you look like when it’s done. Finally, I met with women who had cancer and then decided to have the procedure done. This was, by far, one of the most important decisions of my life. I really didn’t want to rush into it.

The surgery took almost six hours and my recovery was tough, no lie. I went from a C cup to a B cup with these scars that run down the sides of my breasts. When I came home, I was in bed for a couple of weeks. I was on heavy medication and very sore. They put my implant under the pectoralis muscle, which moved away from the ribcage. It was so painful, not in my chest but in my back where those muscles were being stretched.

Today, I no longer have to get mammograms because I don’t have any breast tissue. I see the breast surgeon twice a year, but I also examine myself. I’m healthy, strong and here to fight another day. This has become my mission in life because this disease should not be killing people. That’s why I’m the co-chair of the Circle of Promise through Komen for the Cure, which is designed to engage, empower and inspire African-American women. As Black women, we put ourselves at the end of a very long to-do list and that has to stop. We need more Black women to be ambassadors who go out to churches and beauty shops and talk about breast cancer in an empowering way. I always tell people don’t be afraid of knowing you have cancer, be afraid of not knowing you have it.

This was an intensely personal decision. I nursed my two children and my breasts had done what they were supposed to do and then turned on me. In fact, I felt like they may be trying to kill me. I talked to my husband and prayed about it, but at the end of the day the decision was mine. There were some people who even said I was playing God and I should have trusted the Lord to keep me healthy. But what I say to that is you show me where in the Bible it says that my children have to grow up without a mother or my husband without his wife. I had to be here for my daughter who is 13 years old, my 8-year-old son, my husband, who is my best friend, and for me, because I love my life. I was going to do what I had to do to stay here.

Rene Syler is the author of “Good-Enough Mother: The Perfectly Imperfect Book of Parenting.” For more information on how to support breast cancer awareness in your community, register and become a Circle of Promise ambassador at circleofpromise.org.