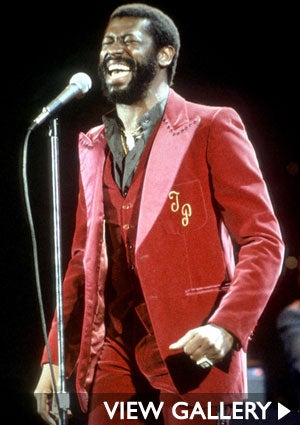 As the music world continues to mourn the loss of the late, great Teddy Pendergrass, ESSENCE.com recently spoke with Leon Huff, one-half of Gamble & Huff. Co-founder of Philadelphia International Records–Pendergrass’s label–and a producer responsible for some of his biggest hits, including “Close The Door” and “Love TKO,” Huff talks about the man, the music and the legend that was Teddy Pendergrass.

ESSENCE.com: When did you first learn of Teddy’s passing?
LEON HUFF: [Kenny] Gamble called me last night at about 10 or 11 o’clock and he told me then. He was in his last stages [of cancer] so we had a feeling for it and were definitely prepared for it.

ESSENCE.com: What was your initial reaction?
HUFF: Sadness. Then, I started to reflect and I knew Teddy wasn’t suffering any more. It’s the end of an era, so I have a lot of mixed emotions. But I have nothing but great memories with Teddy.

ESSENCE.com: Can you share some of those memories? What was the one thing that stood out about Teddy?
HUFF: It was his voice. Anybody who experienced his live performances, when he was in his peak years, experienced one of the greatest concerts they have ever seen. And the ones that didn’t see Teddy live, they missed a treat. One of my main memories was going to California with Gamble and witnessing his debut performance in California at the Roxy Theater. I think it was for his first album. That’s when I knew Teddy was something special. When he walked out on that stage and before he even opened his mouth, the females went crazy. I knew then that Teddy was something that was waiting to explode. He had a great band but when Teddy started singing, he just tore the house up. It was a successful debut and Teddy’s career built from there.

ESSENCE.com: What was he like to work with behind the scenes?
HUFF: I try to use the right words to give you some sort of idea, but I wish I could have filmed it so you could have seen the energy and all the emotion that Teddy put into those songs. I will never forget the experience of watching him perform on the tracks that me and Gamble just produced. It was just a mind-boggling situation because Teddy was just in rare form. He was very serious about his voice and how it sounded on those records. Teddy was always great with his pronunciation and diction. You could always understand every word he said, which always made it great for the song. Teddy was just an awesome artist and I always looked forward to working on Teddy’s next album.

ESSENCE.com: Do you have a favorite Teddy song or album?
HUFF: I enjoyed all of them, but the song that really stuck out was “Wake Up Everybody.” Watching Teddy perform that song gave me chills. I remember most of the sessions, but I couldn’t really pick one because every time I hear a different one I say, “Oh, that’s my favorite one!”

ESSENCE.com: Teddy left such an indelible mark on music. What do you think was his greatest contribution to the way we listen to R&B music today?
HUFF: Teddy’s voice. There was no other voice like Teddy’s–no one even comes close. He was the first Black solo male artist to ever have an all-female concert. That was a first and it was awesome. Teddy’s voice, his performance was unforgettable. It was that voice that sets him apart.

ESSENCE.com: Tell me more about that concert.
HUFF: That was in the early ’70s at the Shubert Theater in Philadelphia. The females just surrendered to Teddy that night. He sold tons of albums after that. There were nothing but females all waiting for this tall, dark and handsome guy to come out and entertain them. It was pandemonium when Teddy walked out on that stage. They were actually throwing their underwear at him. And those women still love Teddy to this day.