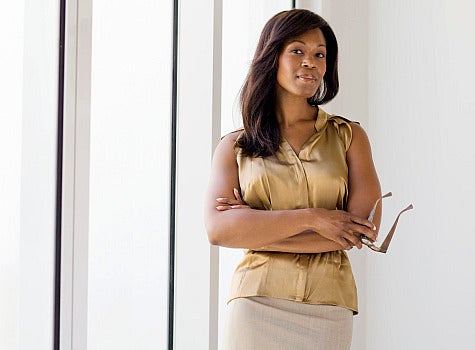 Main Entry: entitlement Pronunciation: -t-tl-mnt Function: noun Date: 1942 1 a: the state or condition of being entitled : right, b: a right to benefits specified especially by law or contract . 2: a government program providing benefits to members of a specified group; also : funds supporting or distributed by such a program. 3: belief that one is deserving of or entitled to certain privileges. I was reading through the comments on my personal blog last night and I stumbled upon this little gem from a commenter: We get to believing that our knowledge and financial status entitle us to certain things… But it’s a shame how, as Black women, we’ve come to sacrifice such values because of what we feel our accomplishments entitle us to.   Her quote got me to thinking. Years ago, I mean back in high school, I dated this guy who’s father was a preacher. My dude’s Daddy was kind of a big deal back home in DC. My mother, the daughter of a minister, was practically overjoyed that I was dating him. I think she took some sort of social stock in the idea.    Anyway, ol’ boy who shall remain nameless (whenever I mention someone in a post, they pop up in my life again), invited me to come to the family church on Sunday morning. I don’t remember much other than being nervous, and this one line that his father dropped from the pulpit: “You don’t want what you deserve.”  He was speaking of our–as in you and I and everyone else’s– tendency to speak of what they deserve because of hard work put in, time invested, money spent, or just a general feeling that they should have whatever their hearts desire, or at least a slightly better lot than what they got.   Rev. Daddy pointed out that when we think of what we deserve we think about the good that we’ve done (or will do) and conveniently forget the bad. His point was that when we look at the full spectrum, we probably want no part of what we honestly deserve.     I’ve been thinking a lot about what people deserve, or better yet, what people feel entitled to. That concept may be uniquely American. I can’t remember where I read it (maybe Gladwell), but the author pointed out that most people expect to suffer in life, to do without, and that, at the very least, life will be an uphill struggle most of the time. Culturally, Americans expect to be as easy breezy as a Cover Girl at some point. We’ll work hard, but we fully expect that pot of gold to be at end of the rainbow once we weather the storm.   I did a roundtable recently with some single men and (without giving too much away) one of the gentlemen, 30, pursuing an Ivy League advanced degree, brought up an observation that he’s noticed while dating. He said:   “[Some] women feel that, because I went to the top HBCU or Ivy League university, and I have a certain type of salary, I’m entitled to a certain type of man. Wrong. Wrong. You’re not entitled. You did that for yourself, not for us. I refuse to settle for a woman who bases their romantic decisions on biological and social-economical clocks. Okay, you got your career you wanted. You got everything you wanted. Now you want kids. So now you want to marry me? That doesn’t make sense.”  Hmmm. There’s something to think on.   Before I go ponder, let me just ask:   Folks, what are we entitled to, if anything? And if you’re honest with yourself, do you want what you deserve? Click here for more from A Belle In Brooklyn with Demetria L. Lucas.   Demetria L. Lucas is the Relationships Editor for ESSENCE Magazine and the author of ABelleInBrooklyn.com. Follow her on Twitter at @abelleinbk for her musings about dating, men, and “cutie runs.” Read More: