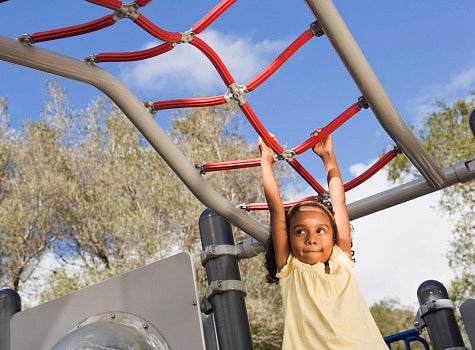 These days, reminiscing about playing run-and-chase games like tag and kickball may truly reveal your age in an era where schools are having to deal with large numbers of children who’d rather chill (or squabble) than work a sweat playing games. As a result, more and more schools are hiring recess coaches to address behavioral problems and get kids moving in the schoolyard, says a recent report in the New York Times. Inner-city schools in Baltimore, Washington D.C. and Los Angeles, among others, are calling on Playworks, a non-profit organization that places recess coaches to create mandatory organized games for children during break time. Playworks coaches come equipped with a 300-page playbook that features structured gender-inclusive games that encourage teamwork. Faced with issues like obesity, bullying and occasional violence, structured recess seems like the ultimate gift and curse. On the one hand, we’re already in a climate where children get less exercise–a reality perhaps best expressed by an 11-year-old girl quoted in the NYT article who says, “I don’t like to play.” On the other hand, there’s something to be said about giving children a break from structured learning, to make friends or to solve problems on their own. Critics of recess coaching say it sends the wrong message about how children should approach play–making it more of a mandatory task rather than a spontaneous one. Dr. Romina M. Barros, an assistant clinical professor at Albert Einstein College of Medicine in the Bronx published a study on recess which says children often benefit the most from unstructured recess because it is a time for them to use their imaginations to invent games and “be free to do what they choose to do.” Kizzy Payne, a Newark, New Jersey mother with a second grader sees it differently. “It’s better this way because that’s how other kids get hurt, when you’re horse-playing,” she said. “I think the more supervision, the better.” What’s your take? Read More: