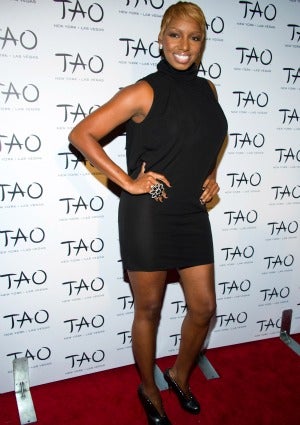 On the season premiere of “Real Housewives of Atlanta” NeNe Leakes opened up to her on-and-off-again pal Kim Zolciak, saying that she was having problems in her marriage. One issue that was really getting to her was the finances. For the first time, NeNe was bringing in all the dough and she didn’t know how to handle being the main breadwinner at home. We asked our Facebook fans how they would handle making more than their men. Here’s what you had to say… Melody: “It’s hard for a man to be a man when he can’t do his primary job as a provider. At the same time, they should work through this together. It’s for ‘better or worse’ and for ‘richer or poorer.'” Stacy: “When some men realize that providing is not just about money, it won’t affect the relationship. And some women [should] realize that when they make more [they] should never throw [it] in their men’s faces. He is still the man and never less of one because he isn’t on the same pay scale.” Shannelle: “I do not date men that do not make as much as I do. I can’t get past the fact that a man needs to be a provider for his family. Translation: he needs to make the money for the house. I will absolutely contribute to the household, but if you need my check to make it work, then it’s not going to work. I’m just being honest, sisters.” Cynthia: “It is a real shame how some women think about this issue! Marriage vows are for richer or poorer, with or without money. I love my husband so much, if we lost everything I would still be his wife. My husband lost his job about five months ago and we still got married. Things happen and I pray that if the tables were turned, he would treat me the same.” Lisa: “When you love someone and share your life with someone what difference does it make who’s the breadwinner? Don’t get it twisted. As long as you’re pulling your load, I’m with that. People in relationships married or not need to know who they are and what they’re capable of. Don’t build your partner up in good times and then break him down in bad times.” Ravey: “I made a significant amount more than my boyfriend for a period of time and it wasn’t a problem. He was still my man and I treated him as such. He did not mooch off of me and when he did happen to have money, he had no problem spending it or sharing it with me, even if I had money at the time. Money doesn’t have to be a problem if your views are realistic.”