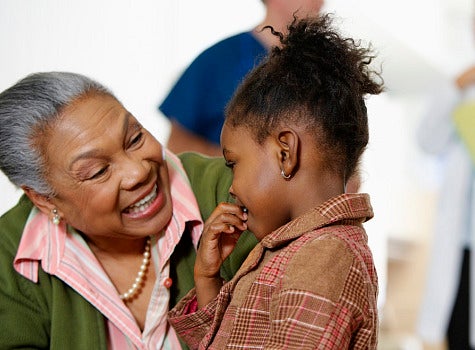 Oprah was raised by one, so too Jamie Foxx: grandmothers who went above and beyond. It’s no secret that African American grandparents, grandmothers, particularly, have long been the bedrock of the community, even going as far as raising their grandchildren, despite the hardships they faced. A new study out of Texas says that the challenges of raising children can sometimes have adverse effect on the mental health of grandparents. Research conducted by Mary Ellen Trail Ross, DrPH (an African American) of the UTHealth School of Nursing found that 94% of the grandparents surveyed suffered from clinical depression. “If you look at the statistics, many of the grandparents who are raising the grandchildren are at poverty levels themselves,” Ross told Fox 26 in Houston. Added to that are lifestyle changes to accommodate grandchildren like getting less sleep, poor diet and financial hardship, especially during a recession. Grandparent-headed households are one of the fastest growing type of household in the United States. In fact, according to Grandparents.com, Sixty-one percent of grandparents take care of or babysit their grandchildren, and 12% are the primary caregiver to their grandchildren. Grandparents often have to suffer a tremendous amount of strain while raising grandchildren, and studies like these, however small, are more of a sign of how much our grandparents need support. Read More: