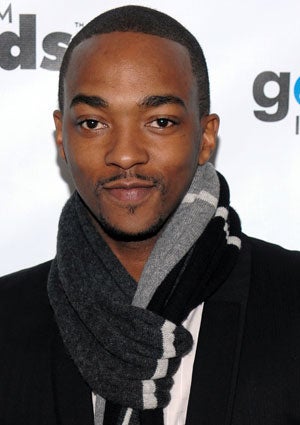 Actor Anthony Mackie said two, simple words on the red carpet at the Screen Actors Guild Awards last Saturday: “Slow down.” His words were in response to a question about the relief efforts in Haiti. A native of New Orleans, Mackie’s family and friends were severely affected by the wrath of Hurricane Katrina five years ago, so he was speaking from experience. “An entire country fell apart,” he said. “Haiti has to rebuild schools and churches and all of their government structures. It’s going to be a long process, so let’s not forget about that 12 months from now.” Though Mackie was speaking of Haiti, specifically, his words also seemed rather fitting about life itself…and how we’re living. We all need to slow down a bit, to appreciate those we love and to count our blessings, often. Life has a tendency to move rather quickly. For instance, if you take a look at the calendar, you’ll realize that we are embarking on the last week of January 2010. Wasn’t that fast? To steal a line from Whoopi Goldberg, be sure to “take a little time to enjoy the view.” Monday, January 25 TV:“A Different World” begins its syndication run on TVOne, tonight at 10pm ET. Go Hillman!
Birthday Wishes: Grammy-winning chart topper, Alicia Keys, turns 29 and actress Jenifer Lewis–who’s played nearly everybody’s momma or auntie on TV and film–celebrates her 53rd year today.
Tuesday, January 26

Birthday Wishes: Oprah Winfrey celebrates her 56th birthday today. Saturday, January 30 Events: The Roots take a break from their nightly gig at “Late Night with Jimmy Fallon” to kick off their sixth annual Jam Session in Los Angeles, just in time for the Grammys. Birthday Wishes: Singer, dancer and one of pop music’s original fly girls, Jody Watley, blows out 51 candles today. Sunday, January 31 Event: The 52nd Annual Grammy Awards will air live from L.A.’s Staples Center at 8pm ET/PT, on CBS. Of course we can’t wait to see how many statues Beyonce walks away with (she’s up for 10!), but we’re most looking forward to experiencing the 3-D tribute that’s planned in honor of Michael Jackson. Birthday Wishes: Actress and activist, Kerry Washington, celebrates her 33rd birthday today.