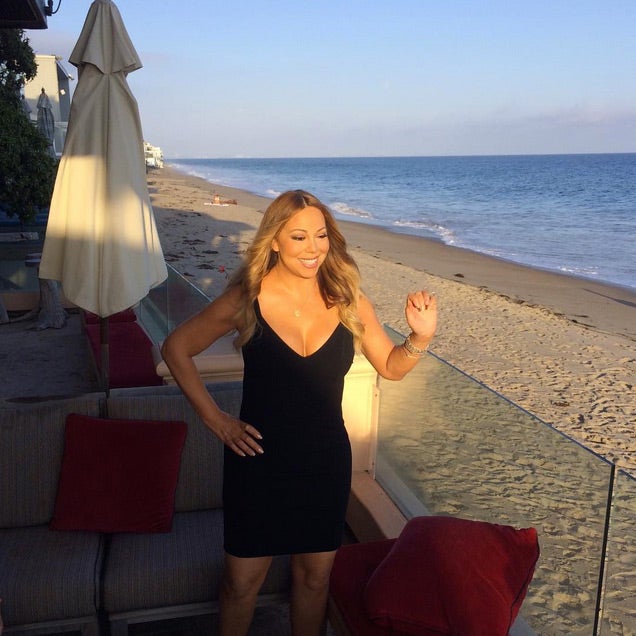 “Cheers to the New Year and another chance to get it right.“–Oprah Winfrey

Concert: Mariah Carey live at Madison Square Garden. One of the most successful pop music singers of our time will perform selections from her latest album “Memoirs of An Imperfect Angle”–and some of her other classic hits. Trey Songz will also make an appearance. Showtime is 9:00 p.m. For more information go to: thegarden.com.

Event: Q-Tip will be rocking the house in Brooklyn. The Abstract One will be spinning along with Dam-Funk at the Brooklyn Bowl in Williamsburg, BK–and there will be food, drinks and bowling. The festivities begin at 9:00 p.m. For more information go to: brooklynbowl.com

Event: Lady Gaga poolside at The Fontainebleau in Miami. South Beach is always rocking on NYE. This party promises to be the 2009 blowout into the new decade. For more information go to: cravetickets.com

Event: Morris Day performs at The Peach Drop in Atlanta’s Underground. Now that is a hot way to bring in the New Year…party like it’s 1999! Morris Day takes to the stage at 11:15 p.m.–don’t be tardy to the party. For more information go to: peachdrop.com

* Reflect, dream and keep it moving into the New Year. Here’s to 2010!!! Thanks for the love, support and engagement. Keep it locked…XOXO

John Legend Is Releasing His Own ‘Melanin-Rich’ Skin Car...