“Art is not for the cultivated taste. It’s to cultivate tastes.” 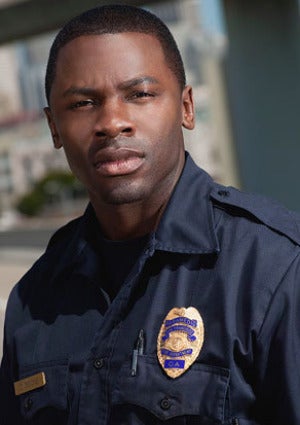 TV: The committed team of first-responders from San Francisco General is back in action on “Trauma.” This week there is a batch of bad heroine, a wild goose chase and a new romance. Derek Luke plays the character Cameron Boone who contemplates his future. “Trauma” airs at 9:00 p.m. ET (check local listings) on NBC.

Event: World AIDS Day is today. Over a million Americans are living with HIV/AIDS (46 percent are African-American) and 33 million worldwide. This pandemic is still a huge crisis in our community and awareness, fund raising, policy and research are still necessary. Go to AIDS.gov to see how you can participate in change using social networking and having heart.

Concert: Alicia Keys will perform at a sold-out concert in New York City. The concert is sponsored by American Express and will benefit her organization “Keep A Child Alive” which helps children living with HIV/AIDS in Africa. Alicia Keys performs at 8:00 p.m. at The Nokia Theater in Times Square.

Music: Grammy award winner R. Kelly releases his 10th studio album “Untitled” is already making noise. His duet with Keri Hilson “Number One” is Kelly’s 35th Top Ten hit on the R&B/Hip Hop Charts and singles “One,” “Echo” and “Religious” are climbing the charts. The R is also on his sold-out “Ladies Make Some Noise” concert tour. “Untitled” is available in stores and online today.

Performance: Alvin Ailey American Dance Theater will open it’s City Center season with an Opening Night Gala celebrating Artistic Director Judith Jamison’s 20th Anniversary with the company. A restage version of Jamison’s 2002 “Here…Now” will be performed–Wynton Marsalis will lead the music on stage. The performance will begin at 7:00 p.m. at The City Center in New York City.

TV: LL Cool J hosts the “Grammy Nominations Countdown Live: Countdown to Music’s Biggest Night.” The nominees for the 2009 Grammy Awards will be announced while artist like Maxwell and The Black Eyed Peas perform. Check out this live event at 9:00 p.m. ET (check local listings) on CBS.

TV: Vanessa Williams hosts “Dreams Can Come True: A Celebration of Disney” as the imagineers celebrate 75 years of magically animated moments on the silver screen. They will also preview “The Princess and the Frog.” “Dreams Can Come True” will be on at 8:00 p.m. ET (check local listings) on ABC.

*Plan a special evening for you and your partner. Make it a magical night.