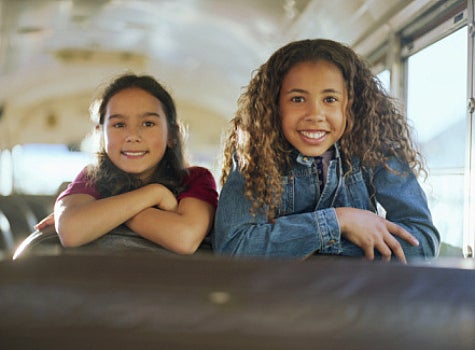 Recently I began hearing my middle schooler call her close friend a “blond.” The manner in which she used the word implied that it was a short form of “dumb blond.” My kid would come home from school and say things like, “Mom, you know what my blond said today?” This kind of bothered me. Not just because I happen to be a blond, but because I have a really hard time hearing anyone defined and entitled by skin or hair color. You’ll hear me point out someone by the color of their clothes long before I mention skin color. So, I talked to her about it. I told her that movies like “White Chicks” and “Legally Blond” may make it seem that girls with blond hair are the last group that our culture allows us to make fun of, but that doesn’t mean it’s right. Then she stunned me with this retort. “Mom, we are best friends. We’re joking. It’s how she knows I love her. And she calls me her maid.” “Maid?” I asked “Yeah, she said if we were born a long time ago, I would be a slave so she calls me her maid.” Then my daughter peeled into giggles of laughter at the thought. I should tell you here, if you haven’t figured it out already, that my daughter is bi-racial, of Irish and African ethnicity. This whole expanded definition of the “blond and maid” friendship didn’t soothe me a whole lot. But it did get me thinking about how terms of endearment are sometimes slurs that, spoken in the privacy of an intimacy imply, “This is our special word. Our joke. This separates us from the world and bonds us together.” A perfect example would be the fact that many African-Americans use the “N” word within their racial circle as a term of affection. Oprah would prefer to erase even that use of the word. Chris Rock thinks it’s powerful. Within the context that it is used, it is a word of acceptance and brotherhood or sisterhood. But damn the person with White skin who accidently thinks they are in the club and uses the word. For many Americans of color, that word, even spoken in love and affection by a White person, represents yet another thing they are robbed of. Call it culture, identity, or simply a group cohesion. When a White person uses the “N” word, they are often met with a glare that says, “You will not take that away from us! We remember the historical use of that word.” Curiously, I should also tell you that I have been referred to by the “N” word. It happened often in a loving, intimate way with an old boyfriend who felt proud to call me his “N.” And I accepted it with love. But back to maids and blondes. Have our historical trappings become loosened? Are we so far past the tragedies and injustices of the past that this new generation can make light of it? Maybe it’s no different from the “witches” costumes that we wear at Halloween, a tragic symbol of hundreds of thousands of women who were mercilessly tortured and murdered for the crime of thinking “out of the box.” Are these middle school maids and blondes doing the same thing? What do you think? For more stories from Momlogic‘s Wendy Walsh, click here. Related stories: