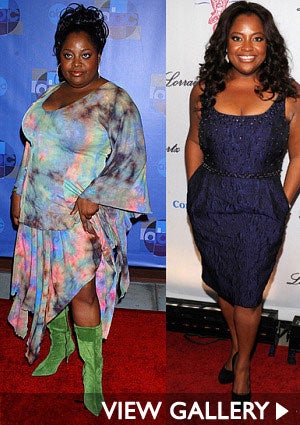 Last year “The View” co-host Sherri Shepherd famously declared on national television that she would have a bikini body by the end of the season. Tongues wagged as the petite comedienne strutted her new body–41 pounds and 10 inches smaller–just three months later. Though she called her personal trainer Don Scott “The Evil One,” Sherri adhered to a strict workout plan he laid out for her four days a week. Scott spoke with ESSENCE.com on how he helped Sherri reach and maintain her new size and shares tips on what every woman should be doing during her gym workout. ESSENCE.com: To lose 41 pounds in three months is amazing. How did you help Sherri do that? SCOTT: With Sherri we took resistance training and integrated it with cardio and balanced stability training. So it was never just one thing; it was a combination of all, something we call training modality. We would start a session with a high-intensity interval session on a treadmill, elliptical or bike. We’d follow that up with a high-intensity resistance training program that targeted her body from head to toe. Then we would move on to balanced movements that were still intense but focused on stabilizing her muscles. The workouts were an hour and there’s a scientific reason for that, which is that anything over an hour and the body starts to perceive it as a negative stress. ESSENCE.com: What did you think when she called you “The Evil One”? SCOTT: I think she was using it as a term of endearment. She has pretty difficult workout sessions, so it’s cool with me. ESSENCE.com: How did you keep her motivated? SCOTT: Sherri’s television announcement that she would be a bikini body helped motivate her, but I think other people can be motivated by other things. Part of getting motivated is setting the right goals. The one thing that Sherri and I decided on is that we are not going to focus on the results, we focused on the actions. She had been diagnosed with Diabetes and she had managed to control it through exercise and diet and this was a big motivator for her. Another motivation was her son Jeffrey. ESSENCE.com: So how do you feel when she cheats and sneaks in cheesecake once a in a while? SCOTT: [Laughs] That’s something that a lot of trainers go through. Normally you have to either force a client to tell you or you have to go to their house and see the Oreo’s hidden behind the cookie jar after she said she threw them out. But with Sherri I would hear about everything she was doing either on TV or my mom would give me a call and say Sherri was falling off the wagon. ESSENCE.com: In your experience, what’s the biggest mistake people make when trying to lose weight? SCOTT: I always go back to the idea of motivation. If a person is not motivated or they’re going to the gym for the wrong reasons the program will ultimately fail. They have to ask themselves, ‘Why do I want to lose weight?’ It can’t be because your mom told you you’re overweight or your boyfriend wants you to lose weight. You’ve really got to figure it out for yourself and spend time laying out the goals and focusing on the actions that will ultimately help you get there. Following that is nutrition because that plays an even bigger part in weight loss than exercise. Most people will go and have this really heavy emphasis on going to the gym and they’ll let good nutrition slide by the wayside. At the bottom of what I call a pyramid is you adding exercising, which should be resistance training combined with cardio. These are three elements of weight loss. ESSENCE.com: What do women do wrong when working out at the gym? SCOTT: Most people will go in and they’ll just do resistance training or only do cardio. This is not enough by itself to help them get where they need to be. If you can only go in for cardio you’re not going to get the benefits of the weight training and you’ll lose lean muscle tissue. If you can only work out one time a week, for example, then you should opt for resistance training. Scientific studies have proven that resistance training stresses the body in a variety of different ways and allows you to become more resilient to disease, it makes you stronger, it helps you burn fat and maintain lean muscle tissue especially as you get older. What cardio means from the trainer’s perspective is anything that places stress on the cardiovascular system. So that means even if you are doing resistance training and you’re doing it in a circuit fashion, that is cardio training. ESSENCE.com: A lot of women may not be able to afford a trainer four to five days a week. Is it still worth paying for just one day a week? SCOTT: It’s definitely beneficial because you can use that trainer to get in the weight training part of the program. When done properly weight training requires the assistance of someone who is trained at it. You need someone to hold the weights, to help you get in the right positions, to explain the machines to you. The easy part is when you go and do your cardio. Don Scott is a New-York based celebrity trainer and Human Movement Specialist at Jim Karas Personal Training. Read More: