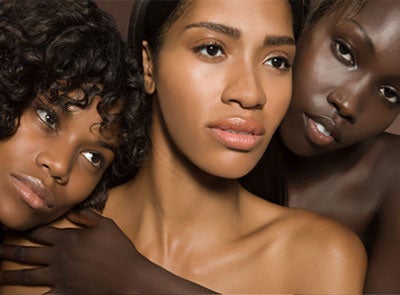 After an immediate firestorm of angry e-mails, comments and Tweets, the site changed the title to “Why Are Black Women Rated Less Physically Attractive Than Other Women?” and eventually pulled the story down altogether.

Luckily, nothing is ever “gone” on the internet and plenty of folks had already saved copies of the sexist, racist piece.

Kanazawa cites Add Health data as his only source; Add Health is a national longitudinal study by the University of North Carolina that most recently polled a “representative sample” of Americans from across the country, between the ages of 24 and 32 in 2008; this same group was polled seven years prior as middle school students. It is absurd that Kanazawa would use such a small group of people to make such a broad claim, because beauty is in the eye of the beholder and this group ranked Black women to be the lowest on the physical scale, Black women must then be less attractive than women of other races.

Attractiveness is subjective, which is something that Kanazawa surely understands. There is no possible way that the looks of an entire race of women can be summed up in such a tidy category as “best” or “worst” or “less than.” What is the point of making a claim that cannot be proven and that would inevitably be attacked as racist and sexist?

Kanazawa wrote this article because he knew it would be controversial. Most of us never knew who he was prior to this incident, and now he’s to be the subject of many responses, refutations and even news pieces (at the time of this post, MSNBC’s Tamron Hall is said to be planning a segment about the article tomorrow featuring cultural commentator Toure’). However, that does not imply that the appropriate response to this absurdity is silence. The Black woman (much like the Black man and Black child) has too often been denigrated and maligned, in spaces both public and private. We have a right to be hurt, disgusted and even angry when someone levels such a charge our way and expects us to either accept it as truth or politely disagree.

I am rarely surprised by the presence of sexism and racism, but instead, by their absence. Black women are a very easy target. We have been historically undervalued and cast as emasculating, unfeminine, hypersexual, asexual, etc. We have been used as the foil that supports the White supremacist patriarchal status quo; in other words, we’ve been dissed to keep White women and men at the top of the food chain. Additionally, there are many Black men and women who have jumped right in line to support some of the worst charges leveled against us. If our own people don’t see the beauty and value in Black women, it’s that much harder to convince others of our humanity.

I bet that Kanazawa is one of many people who has been socialized to believe in the inherent shortcomings of Black women and felt quite comfortable using this perceived lack of value to promote his own brand. It says volumes about his understanding of race that he didn’t cite societal biases and racism as the reason that Black women are “rated” less unattractive by the participants in this study. He didn’t work to seek a reason for the disparity in rankings here, and instead, lazily suggested that Black women’s alleged increased testosterone levels may be to blame. He also takes a shot at the fact that we have statistically higher Body Mass Indexes (BMI) and suggests that we are less intelligent than other women:

The impact of this sort of thing should not be trivialized. The public image of Black women factors into the identity development and self-esteem of Black women and girls, and impacts the ways in which others see us. This is a disgusting misuse of Kanazawa’s valuable online platform, and I sincerely hope that Psychology Today cuts his microphone. His credibility is non-existent, and the publication’s own reputation has been challenged by their willingness to allow such a reprehensible piece of work appear on their site for even a moment.